Three points were won at Halkirk as St. Duthus repeated their 4-1 scoreline over the Anglers for a second week running thanks to an impressive second half comeback.

Injuries and work commitments gave manager Stuart Ross a series of headaches in midweek as the absentee list saw messrs Craig Munro, Mikey Rae, Ben Bruce, Paul Beaton, Aiden Stainke and Robbie Murray all drop out of the squad who took care of Halkirk in Tain last weekend. Coming in were Andreas Broomfield at left back, Stefan MacRitchie at right midfield and two trialists, to form a thirteen man outfit for the trip North.

As it had done the week before, the wind at Morrison Park was determined to play its part, but Saints were unable to get off to the same good start they had enjoyed in Tain. In fact, neither team set the heather alight in the opening stages, but it was Halkirk who looked the more threatening, countering well with the wind in their favour.

Five minutes in, Halkirk were presented with a set piece opportunity after John Skinner was adjudged to have deliberately circumvented the back-pass rule. Kyle Henderson's tame effort though was easily held by Stephen Campbell.

At the other end, Saints were unlucky not to score when Scott Miller played a shot across goal after breaking down the left side, but Stefan MacRitchie just narrowly missed the ball at the far post.

The Anglers eventually broke the deadlock on 21 minutes with a goal from Bobby Gunn who got on the end of a neat through ball before nicking the ball past Campbell.

A long range looping effort from MacRitchie was well held at the other end by Milligan before Stephan Campbell was called into action for Saints, reacting well to block a Ross Macleod shot after the forward had been played in by Gunn.

The chances continued to fall at both ends making it a busy afternoon for goalkeepers, but it was Milligan who would be beaten next - as the scores were drawn level just before the interval. A quick one two between Stefan Macritchie and Jon Campbell saw the latter receive a neat backheel pass before slotting the ball past Millgan. He could only watch however, as his effort came back off the post, but Cammy Mackintosh was quick to react, playing the ball back across the face for Campbell to collect and fire into the net for his third goal of the season.

The second half started as Saints had left it and within a minute they were in the lead. Collecting the ball on the edge of the box, Scott Miller and Cammy Mackintosh quickly combined to lay the ball off to Saints' trialist number 10 who rifled the ball into the far corner with a great strike, giving Milligan no chance.

Chances for Jon Campbell and Stefan MacRitchie followed as the visiting Saints heaped on the pressure. The Tain side had now sprung to life and substitute Liam Rostock made his impact felt, twist and turning before launching a cross field pass to fellow substitute, trialist Jude Fraser on 78 minutes. Finding space, Fraser sent a fantastic cross into the box, which, having only just evaded the head of Cammy Mackintosh, was nutted into the wrong net by Halkirk's Kyle Henderson.

Ten minutes later, the points were wrapped up when Mackintosh pounced on a loose ball to take advantage of a straying Milligan, as he calmly shot into the empty net from 35 yards out.

The win lifts Saints up to the fifth place at this early stage in the season, getting off the mark with their first league win of the season. 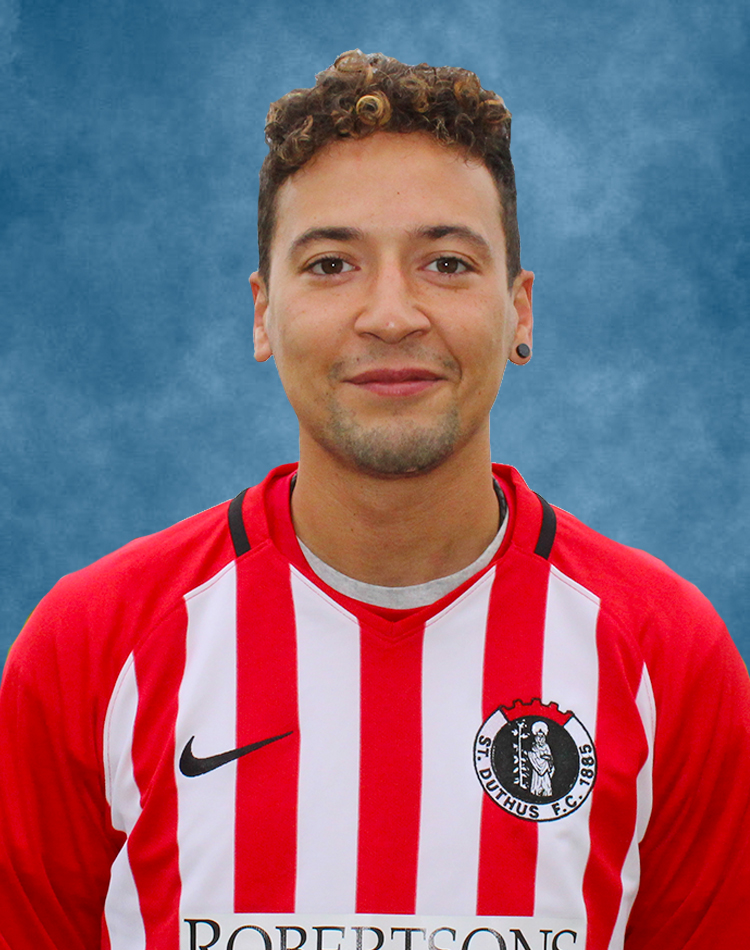