In a game to remember - mostly for the neutrals - Saints surrendered the lead five times before having to settle for a point against a resilient Orkney on Saturday.

John Allan was recalled in goal for his first start of the new season, while Jake Lockett and Finn As-Chainey also made their first starts. There were debuts for Arron Christie and Christopher Mailley in defence, while Adam MacDonald also made a return to the bench following a two year layoff.

St. Duthus were dominant in the early going, threatening down the left and right as Orkney tried to stem the tide. The could keep the hosts at bay for only six minutes until Glenn Fell broke the deadlock with a superb strike from an angle after Jake Lockett had played him in on goal.

Just moments later, Ben Bruce should have doubled his side's lead after beating his man to fire towards goal - but Orkney keeper Findley Cooper was up to the challenge with a good stop.

What became a recurring format for the game began five minutes later when Orkney pulled a goal back - albeit in fortuitous circumstances. A Niall Mackay free kick into the box looked unthreatening but connected with the head of Saints defender Chris Mailley who in an attempt to clear accidentally diverted the ball into his own net.

Saints were quick to get themselves back in front though and just three minutes later they scored coming down the other flank. A neat exchange between Finn As-Chainey and Ben Bruce sent the former clean through and he lashed the ball into the net with authority to make it 2-1.Orkney grew into the game and on 32 minutes they levelled the score again. Pouncing on a defensive error, Liam Delday opened his account for the season with a finish from close range which Johnny Allan almost kept out.

At 2-2, Orkney were now pushing to take control and with five minutes of the half remaining, they were awarded a penalty for a foul on the far edge of the area. Johnny Allan though, was up to the task and produced an excellent reaction save to prevent Ewan Stevenson's effort from 12 yards.The penalty save spurred Saints on and they quickly retook the lead. Great work down the right again, this time from Bruce, created space to find Lockett in the middle, who laid the ball to Glenn Fell for another excellent finish.

Saints had a chance to extend the lead further just on the stroke of half time with a Jon Campbell shot that flew just over the bar.Just five minutes into the second half, Fell was denied a hat-trick after he turned a glorious chance over the bar getting on the end of a great ball from Bruce.

With the score in Saints' favour at 3-2 for the longest period of the match during the second half, they were understandably disappointed to surrender their lead for a third time on 70 minutes, when Delday found Owen Young inside the box with a neat through ball, the latter slipping the ball under Allan with ease to make it 3-3.Ever undeterred, St. Duthus bounced back within 60 seconds, and the goal came from a set piece. A looping Arron Christie free kick found its desired target as captain Cammy Mackintosh steered the ball past Cooper to head into the far corner. At 4-3, surely they couldn't throw it away now?

For ten minutes, Saints maintained their lead and looked good value for it - but a ball across the edge of the eighteen yard line met first time by Delday, flummoxed Allan as it zipped through a packed box and spun over him into the net.

It now seemed like it could be anybody's game, but substitute Kyle Mackenzie had other ideas on 87 minutes as he made an instant impact, breaking clear down the right hand side to play a ball across for Jake Lockett, and unmarked, the striker cartwheeled the ball into the net at the far post to make it 5-4.

A tense final few moments saw chances at either end as St Duthus looked to close the game out, Orkney going all out to take something.

With mere seconds remaining, Orkney eventually hit back with the cruelest of goals to snatch a draw - with the final attack of the game. As the ball spun in all directions, a chance deflected into the path of an unmarked Young inside the area, and the island striker easily slotted under Allan to completely knock the wind out of Saints' sails - as they conceded the lead for a fifth and final time. 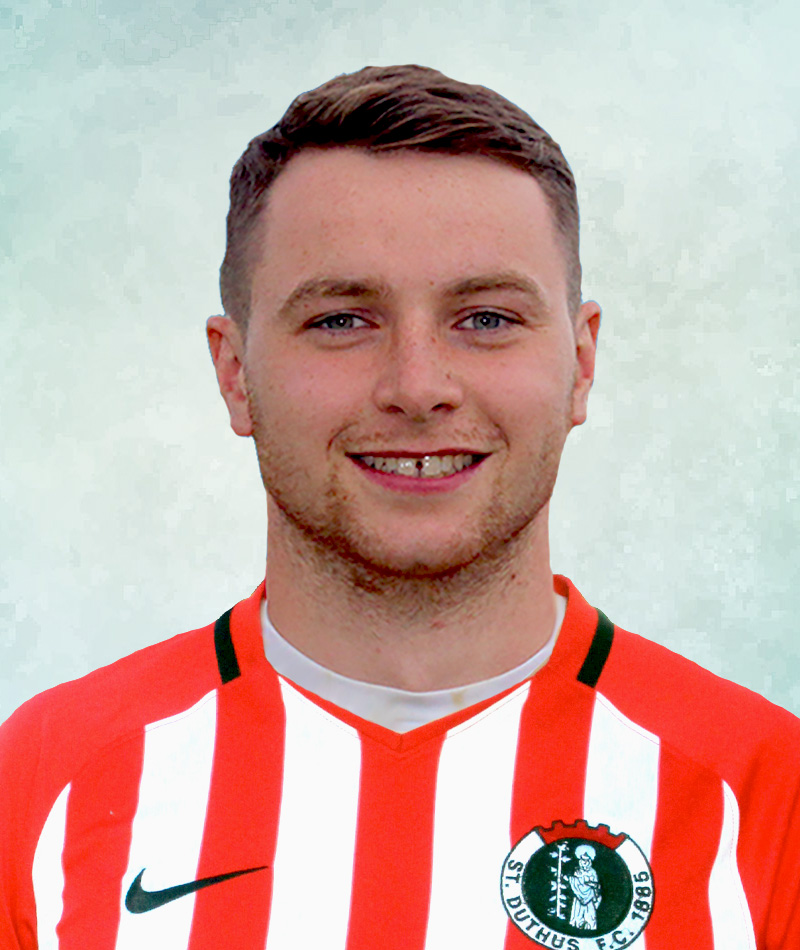