THE COMMITTEE of St Duthus FC hailed their first annual Sportsman's Dinner as a triumph after a crowd of 99 guests filled the Clan Ross room at the Royal Hotel on Saturday evening.

Joined by guest speakers Rab Mulheron (compere), Mitchell Gibb and former Scotland national team manager Craig Brown CBE, guests were treated to a series of entertaining games and speeches and a sumptuous meal was provided by the Royal Hotel, capably served by Ayaz Irshad and his team.

Following a short reception in the Royal public bar, club office bearers and committee were piped into the Clan Ross room by Tain Pipe Band members Marcus Ross and Fraser Dunoon, before being greeted by Mr Mulheron who duly introduced the top tables. A game of "heads and tails" followed which saw guest Kirsty McFarlane scoop a £200 prize, before promptly donating the sum to the football club, in a moment of great kindness and generosity.

Following a superb three course meal, guests were treated to many stories and tales from former Scotland manager Craig Brown, before the club auctioned a number of items donated by local businesses and individuals. A sum of £70 was raised for Alzheimer Scotland thanks to the auction of a 1925 replica St Duthus shirt, and following a collection in the room, a total of £743.85 was raised for local lad Jordan Ross of Edderton who is currently battling leukaemia. His father Robert also collected a signed Manchester United football to deliver to Jordan, which had been donated to the club by the Old Trafford club.

Comedian Mitchell Gibb had guests in tears of laughter as the night came to a close before a raffle was drawn for a number of much sought after prizes.

On behalf of the club, I cannot thank everyone enough for showing their support by both attending the event, and giving generously on the night, by buying raffle tickets or bidding in our auction. One year on from the club's first revival meeting, it is especially pleasing to be able to hold a dinner in Tain and celebrate our success in the company of the community that has supported us so well throughout this past year.

Thank you also to Rab, Craig and Mitchell for being with us on the night. They left everyone thoroughly entertained and many have asked already if we plan to repeat the event next year.

The club also wishes to thank Jenn Mackay (Photographer) for her hard work throughout the evening in capturing many memories for us, and also Tain Pipe Band for their help. We are delighted to say we raised over £4,000 on the night, between the funds raised for the club and those for our local causes. 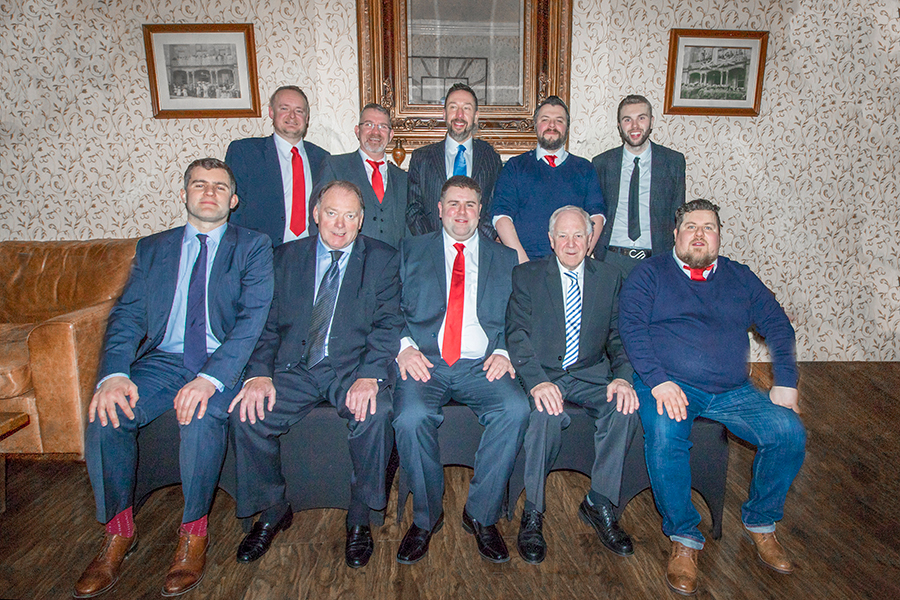 The club wishes to thank the following businesses and individuals for their generosity in donating prizes for our raffle and auction: