THE SAINTS' hopes of reaching a second successive Jock Mackay Cup Final came to an end with a 4-2 defeat to Inverness Athletic in sunny Muir of Ord yesterday. The game was not a great advert for defences, with both teams ruing mistakes at the back in the first half before a late goal for Athletic in the second put the result beyond doubt.

Cammy Mackintosh was the most noted absence for St Duthus, recovering from a broken hand suffered during last weekend's quarter final vs Shetland. Returning to action were Jon Campbell, Scott Miller and Liam Rostock, who had missed out the week prior. A last minute addition to the bench was Paul Cowie, amidst concerns that Steven Martin has suffered an ankle injury during the warm up.

Both teams threatened in the early going, but it was Athletic's Scott Morrison who offered the first sign of real danger with a cross-come-shot that sailed just over the crossbar.

On the quarter hour mark, the Saints were unlucky not to register the opener when a long ball from Craig Ross was nodded into the area by Finn As-Chainey, but after challenging the keeper, Jamie Skinner's effort to bundle the ball over the line was cleared to safety. 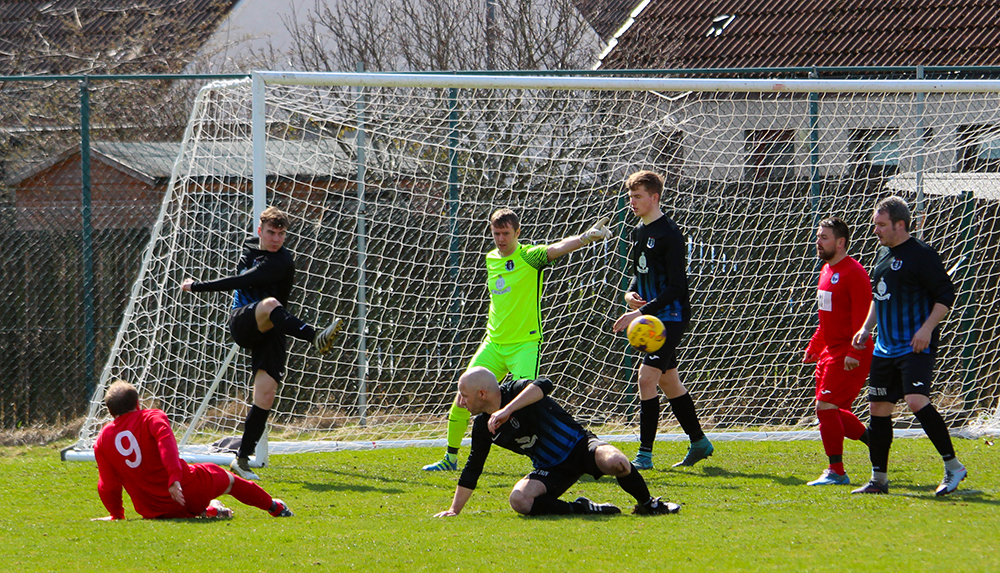 A minute later, Martin Mainland sent a long free kick into the box for Athletic which was cleared into the path of Gary Calvert, but the Inveress man's first time volley flew wide of goal.

The game's end to end nature continued and just two minutes later, the Saints took the lead. Pouncing on a stray pass at the back, Ewan Ross advanced on goal and from 15 yards, he cooly slotted the ball past Finlay Burstow, placing it into the bottom corner. Craig Ross could have extended the visitors' lead just a couple of minutes later but fired over.

Inverness had the ball in the net on 23 minutes after Russell Macintyre fired home a neat cross from Glenn Donoghue, but the goal was disallowed for offside. The equaliser though, was delayed by just nine minutes. Capitalising on slack defending and failure to clear the ball, Phil MacDonald broke into the box to make it 1-1, tucking the ball under Steven Martin with a simple finish.

A frenetic final four minutes of the first half saw the net hit three times. Inverness were first to score, Craig Stuart adding the final touch to a good move on 41 minutes to give his side the lead. Just two minutes later though, it was 2-2. Breaking down the right hand side, Finn As-Chainey found space to send an inch perfect cross into the box for Ewan Ross, who was waiting at the far post to side foot home for his second of the match. Straight from the restart though, Russell Macintyre broke clear and beat Martin with a good finish to make it 3-2, despite calls that the Inverness man was offside.

Craig Ross delivered a corner just before the break which was met by the head of Ken Morrison, but the midfielder's effort flew just wide.

Scott Miller replaced Jamie Skinner at the break as the Saints aimed to get back into the game. Within ten minutes, Liam Rostock had also been introduced.

After breaking down the left side just before the hour mark, Liam Rostock was unlucky not to score with a chance that was held by Burstow, and moments later the same player stung the palms of the Inverness stopper with a more authoritive effort.

St Duthus continued to press for a leveller as Athletic seemed content to defend their lead. Chances fell to both As-Chainey and Rostock inside the box but neither could apply the finish. 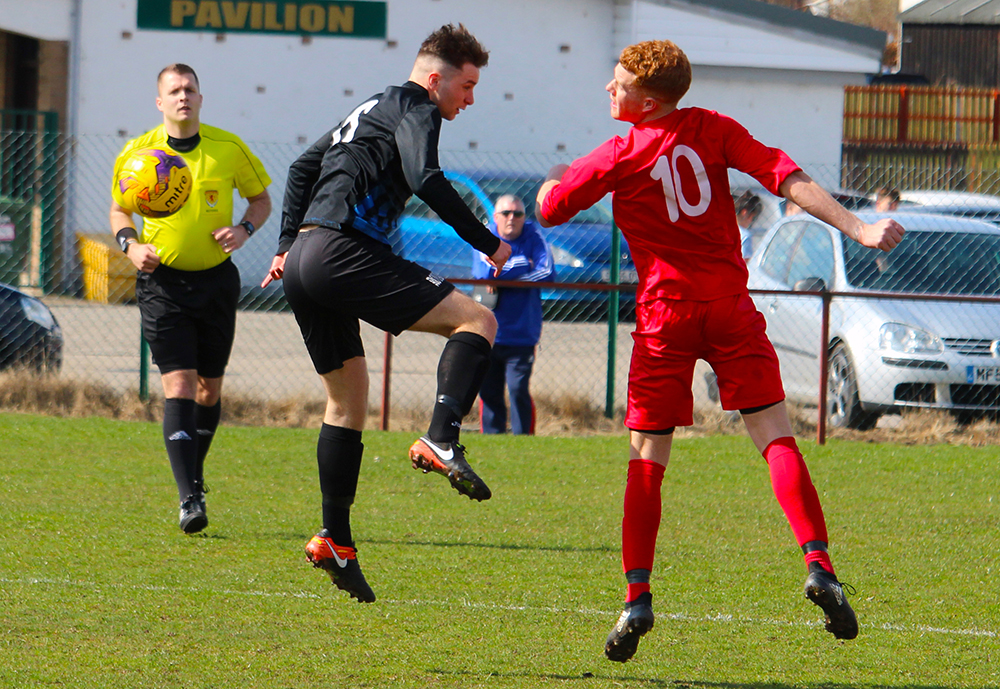 Several set piece chances for the Saints offered them some late hope. A Craig Ross corner was met by Ken Morrison on the volley at the far post, but the chance was sent over when it seemed destined for the net. Minutes later, another Craig Ross corner found Ewan Ross who headed the ball down and wide of goal.

On 84 minutes though, Inverness secured the win with a fourth and decisive goal. After losing the ball on the byline, the Saints were left exposed and MacDonald notched his second to make it 4-2.

With three minutes remaining Steven Martin did well with a low save to deny MacDonald his hat-trick.

One last flurry of attacks from St Duthus had the Inverness touchline biting their nails as Craig Ross fired a free kick just over the bar, but in the end the result went the way of the home side.