IT WAS an afternoon to forget at the Links yesterday as St Duthus were defeated in their first home match of the 2018-19 season. A miserable first half in which the Saints went 3-0 down was enough for visiting Inverness Athletic to record their first ever win in Tain.

A number of trialists were named in the Saints squad as a plethora of absences wreaked havoc with selection. With captain Cammy Mackintosh absent, new signing Callum Neil, formerly of Inverness City, stepped in to the midfield alongside Alan Geegan and Liam Hutchinson, while Glenn Fell also made his first start for the club since 2016, replacing the absent Sam Beeston in a wing back role. Lewis Ross also returned to the starting eleven in the back line.

The game got off to a end to end start, and it was Liam Rostock who looked in good position to opening the scoring with 5 minutes gone. A neat through pass played the Saints frontman in on goal, but his volleyed effort on goal was held by Ryan Hunter in the Inverness goal.

The early signs though, were that the visiting Athletic were very up for the game and their early possession put them in command. It was no surprise then when they opened the scoring on 12 minutes. St Duthus keeper Ali Matheson had done well to save a shot at his near post, but from the rebound DJ MacPhee quickly pounced to roll the loose ball into the net from three yards, making it 1-0.

Ten minutes later, Jake Lockett was unlucky not to level after he found himself in on goal but Inverness defender Liam Downie was quick to react, thrwarting the Tain forward's chances. Lockett tested Hunter again shortly after cutting inside and shooting into the keeper's arms.

A penalty award in the 36th minute handed Inverness a chance to double their lead, and from 12 yards Russell Macintyre made no mistake with a healthily struck spot kick to extend the scoreline to 2-0.

The Saints hardly had any time to regroup before Liam Martin made it 3-0 for the visitors with a composed finish that gave Matheson no chance, rounding off a horrific first half for the hosts.

Things were tightened up second half and the home side gave a better showing of it defensively, although Matheson still had to be on his game on a couple of occasions. With 55 minutes gone, he reacted well one on one to block a Macintyre shot with his feet and turn the ball away for a corner. Ten minutes later, he showed good aerial ability to prevent the ball from sailing into the top corner.

On 70 minutes, second half substitute Scott Miller came close with an attempt when he sent a shot wide. 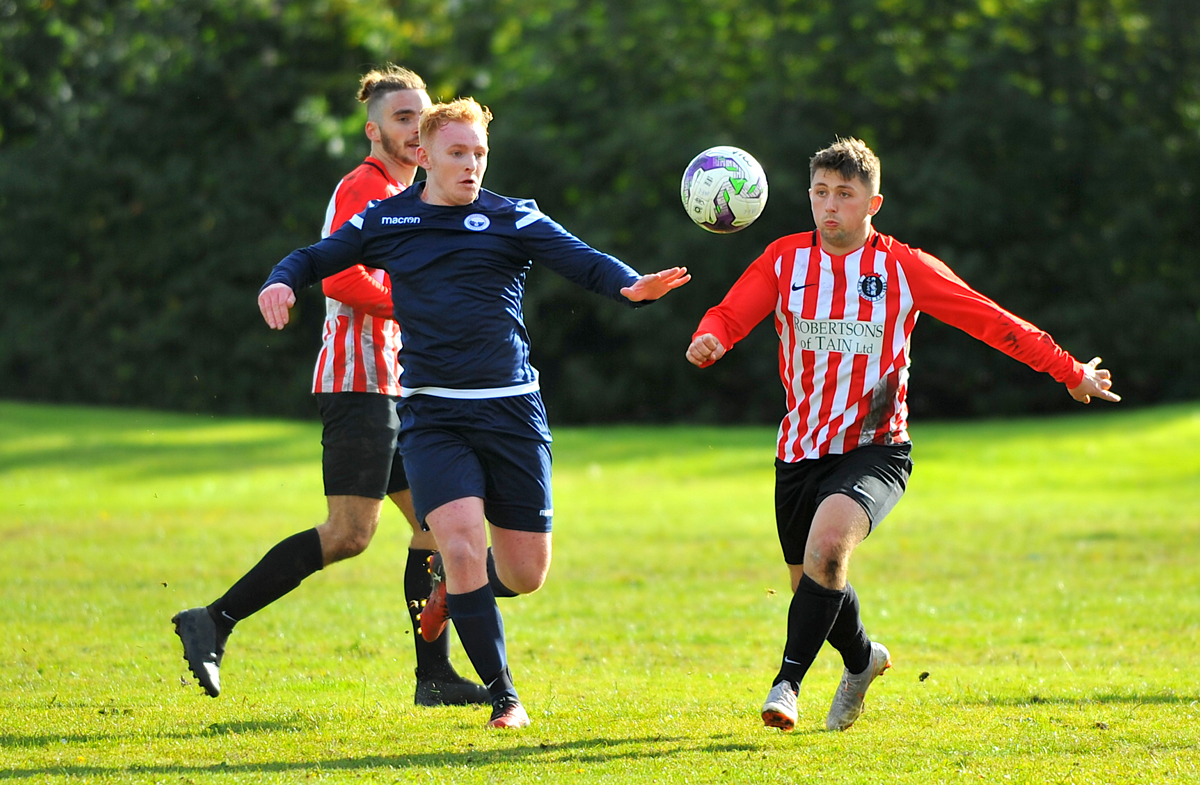 Trialist Tony Farquhar was added to the forward line to join fellow substitutes Miller and Sosnowski in a final attempt to reduce the scoreline, but despite a series of corners and free kicks, Ryan Hunter remained untested in the Athletic goal.

All in all, a bad day at the office, but some positives to take from a better second half against a much improved Inverness Athletic.