Against the backdrop of the St Andrews cross waving from the top of the Dingwall Tower, St Duthus met Contin on the all-weather pitch atop the hills at the back of Dingwall Academy last night. The game ended in a 1-0 win for the Highland District amateur side, their organisation shining through against a much changed Saints squad from Monday's meeting with Fort William. With messrs Farquhar, Cowie, Morrison and Skinner unavailable for selection, Stu Ross reintroducing Lewis Ross and David Fraser, while a trialist full back and midfielder were also added.

A calamitous start saw Contin snatch a lead after just five minutes when a slack backpass was intercepted by the ever alert Ryan Dow, and he confidently dispatched the ball past Steven Martin to give Contin the lead. The early error appeared to rock the Saints are they struggled to gain any kind of foothold in the game and while Contin were limited to chances from distance and shots over the bar, they enjoyed more of the possession than their opponents for most of the first half. 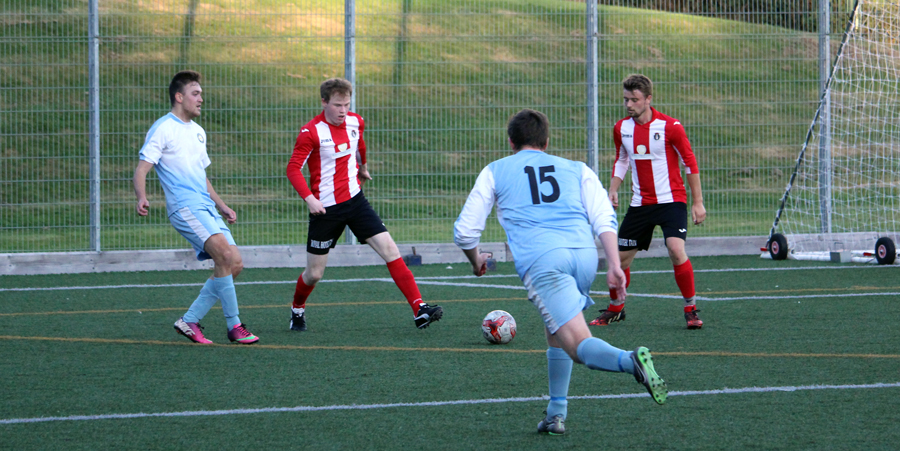 Another pass back gone wrong, all the way back from the half way line, looked to be the Saints' undoing again as the first half drew to a close, but Martin held the resultant chance low to the ground, saving his team's blushes once again. The half time whistle arrived just in time, bringing to an end to a horrible first half for St Duthus.

The message from the Saints' touchline for the second half was simple - work harder for each other. The tempo now raised, the Saints' experienced trialist midfielder offered the first chance of the second half, curling an effort towards the Contin goal but the chance was held by Ali Maclean. Moments later, at the other end, Steven Martin had to be alert when a rasping drive nearly sailed over his head, but the Saints custodian tipped it just over to force a corner.

St Duthus overall looked a much better outfit in the second period, having introduced all four subsitutes as it progressed. Working tirelessly for the majority of the game, full back Graham Noble looked the Saints' most likely creator of a goal opportunity and when he fed a cross across the eighteen yard box to the feet of the Saints' Trialist winger it looked as though an equaliser had been found, but the chance fell away.

As the second half drew to a close, Maclean did well to thwart chances for Scott Miller and a Trialist substitute as both looked to grab a goal in an effort to snatch a draw for the Saints. Chances fell the way of both sides as time dwindled on under poor lighting and the Saints' chances of levelling the game eventually drew to a close.

The game ended in defeat to a hard working and well organised Contin team, but nonetheless, as a friendly match it provided Stuart and his team with another opportunity assess the players available to him ahead of the Saints' season opener away to Invergordon on September 3rd.