ON SATURDAY past, the Saints made history when they visited the Orkney Islands for the very first time and came away with an historic victory. While they may still sit behind the Orcadians in the league table, the spirit of St Duthus continues to rise, and they are now on a three match winning streak, enjoying a run which should serve as the perfect momentum heading in to what will be their biggest game of the season to date. 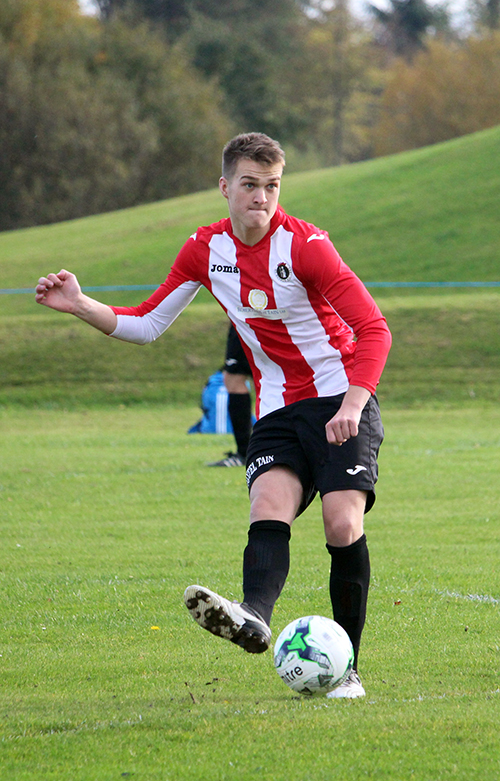 With the festive break now approaching, the office bearers and club committee of St Duthus Football Club will undoubtedly look back on 2016, their revival year, as a resounding success. The Club has been blessed with the support of many businesses and individuals from Tain and its surrounding areas, while re-engaging with the community by arranging quiz nights, running cycle challenges, holding fundraising stalls and challenging people of all ages to 'Beat the Goalie' at Tain Gala. In November, we held a hugely successful Texas Scramble at Tain Golf Club and in the same month we welcomed pipers from Tain Pipe Band onto the park at the Links. Still to come is the much anticipated (and sold out) Sportsman's Dinner, which is to be held in the Royal Hotel on February 4th next year, when we will welcome former Scotland manager Craig Brown as our guest. Indeed, the tireless efforts of everyone associated with St Duthus behind the scenes have helped to place the club on a secure footing, structured in a way that will ensure its future for seasons to come.

On the park, the manager Stuart Ross and his coaching team have rode the waves that accompany the challenge of establishing a brand new squad with grace and distinction. Since the summer, they have assembled a brilliant blend of youth and experience and have provided us with a St Duthus team which can be followed proudly from the sidelines at the Links. Along the way, they have treated the home crowd to a 3-0 win over the defending league champions Halkirk United, and most recently they returned from their furthest ever "away day" having conquered the Orkneys -- ending the islanders' 22-month unbeaten streak on home soil. There have been some losses along the way, but the Saints' exciting progress on the field has been very encouraging for the future and this was reinforced within the club this week with the news that several players from the squad have already made a commitment to remain with the Saints going into the 2017-18 season.

Training numbers have been consistent throughout the season so far, as momentum continues to grow.

This weekend, the team will make the short trip up the A9 to play Golspie Sutherland in the semi-final of the North Caledonian Cup. With the Saints enjoying their best run of form this season so far, and playing some very exciting football into the bargain, we would like to encourage everyone to please join us in Golspie at 1pm for this very important game. Your support would make all the difference.

To read a preview of Saturday's game, click here.