St. Duthus fell short against a strong Loch Ness side at Fortrose on Saturday, losing by the odd goal in five.

A string of absences meant some big changes for St. Duthus, with captain Ben Bruce, Ross Tokely, Gary Millard, new signing Daniel Christie and missing from the side who beat Inverness last weekend. In came Lewis Smith, Alan Geegan, Finn As-Chainey Short term loanee Danny Gillan made his debut between the sticks for St. Duthus, while trialist Caillean Eaglesham made his second appearance for the club.

Most of the action took place during a packed first half, with Loch Ness frequently testing the resilience of the Saints defence. The hosts came out the traps quick and it took them seven minutes to break the deadlock. It came via former St. Duthus man Andrew Miller, who ran into the box to connect with a David Watson corner, heading home from 5 yards.

Loch Ness nearly doubled their lead through Ryan Ingram immediately after scoring when a quick through ball sent the midfielder through on goal, but his eventual shot rolled just past the far post.

St. Duthus drew level three minutes later though, with the dubious goals panel called into action! A Paul Gair corner was met by Connor Smith on the edge of the box, who controlled the ball and fired goalward through a packed area - but on route, Jake Lockett appeared to back heel the ball as it rolled past goalkeeper Michael Miele and in off the post. The referee, awarding the goal to Lockett, waved off calls for offside.

Bouyed by the equaliser, Saints were back in the game and on 15 minutes, a quick one-two between Lewis Smith and trialist Caillean Eaglesham allowed the former to cut along the byline but his shot from a tight angle looped just over the bar and into the top netting.

A clever move from the home side led to them retaking the lead on 21 minutes. A ball into the box was nodded down by Conor MacPhee for Josh Race, and taking a touch, the Loch Ness striker turned onto his right foot and slotted the ball into the net.

The greatest threats of an equaliser were coming from set pieces for St. Duthus, with Gair on delivery on 25 minutes for Lewis Smith to hit the ball first time at the far post, firing high and wide.

Moments later, a long free kick was nodded into the path of Jake Lockett, who watched agonisingly as his first time shot rolled just past the post.

It could have been 3-1 at the other end on the half hour mark were it not for good defending when Conor MacPhee met a low corner with a glancing header, but Barry Kenny, alert on the goal line, blocked the chance and the ball was cleared.

For Saints, Lockett remained Saints' most persistent threat, forcing Miele into some quick action with some determined running. At the other end though, Loch Ness were continuous in their assault on the St. Duthus goal, and on a couple of occasions a lack of accuracy was all that came to Saints rescue.

Saints got themselves back into the game with four minutes of the first half remaining. Another well delivered Paul Gair corner this time found the head of defender Barry Kenny who bulleted the ball past Miele with authority.

Former Saints midfielder Calum Neil almost restored the Loch Ness advantage a minute later with a looping shot that flew just past the far post - but the score remained 2-2 come half-time, leaving the hosts to wonder if they might rue missed chances.

Neil came close to making amends for his earlier miss shortly after the restart when the ball fell to him just inside the eighteen yard box but his looping shot bounced off the crossbar and over.

Fifteen minutes into the second period, disaster struck as Loch Ness were awarded a penalty for a foul on former Nairn County man David Watson. The same man stepped up and he made no mistake from 12 yards, firing high into the net to hand Loch Ness a second half lead.

Ryan Ingram should have scored ten minutes later when a defence splitting pass allowed Calum Neil plenty of time to find him in the box with a good cross, but from just a few yards out Ingram somehow managed to fire the ball over the bar.

The second half rolled on with little action to report at either end. At 3-2, neither side looked like adding to the scoring, with Loch Ness content to protect their lead and St. Duthus beginning to tire in pursuit of an equaliser.

On 75 minutes, Loch Ness substitute Darren Macgregor had a brief chance to extend his side's lead after the ball was flicked into his path by Ingram, but his shot across goal flashed just past the post.

Ingram had another chance to score seven minutes later when he met a cross from deep with a well taken header, but Gillan, quick to react, produced a good save before the ball was cleared to safety.

A chance for Finn As-Chainey was Saints' last throw of the dice, albeit flagged for offside after the fact, and the game finished 3-2 in favour of Loch Ness. 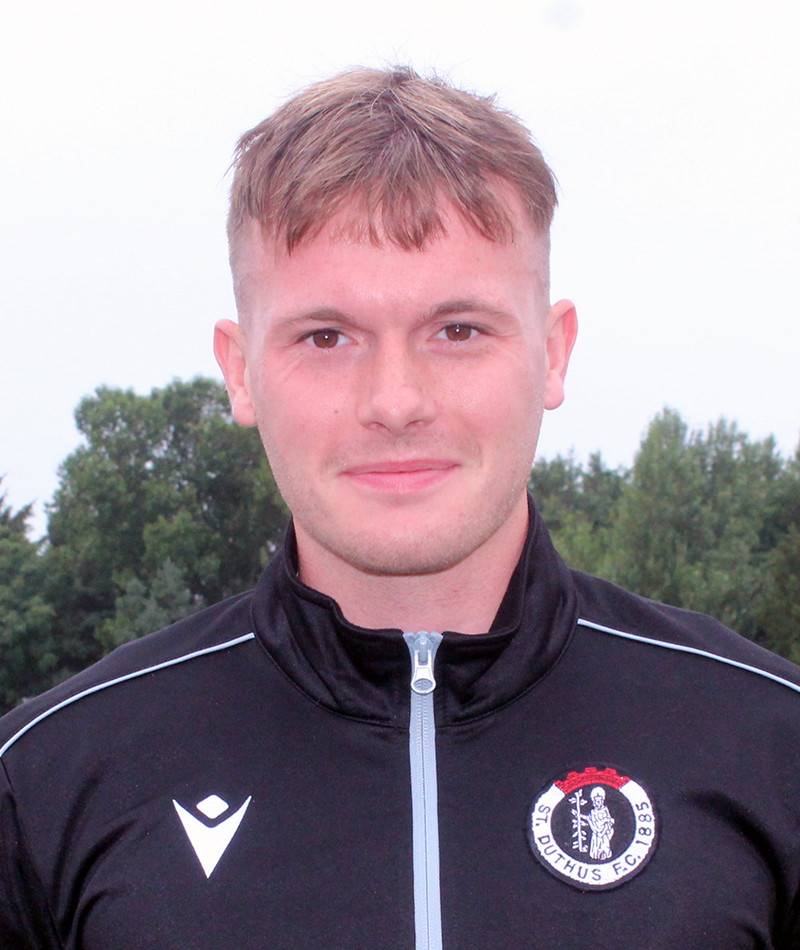