St. Duthus had to settle for a share of the spoils at Invergordon yesterday, as they were held to a draw in the first Easter Ross derby of the season - and their first game under the interim management of Alan Geegan.

There were several changes made to the side who played at Fortrose the week prior, with Ben Bruce, Ross Tokely, Billy Cairns and Gary Millard all returning to the starting eleven. Kyle Mackenzie and Adrian Voigt also returned, taking up spots on the bench.

St. Duthus opened the scoring after nine minutes when a looping through ball from Finn As-Chainey found Ben Bruce, who charged past Invergordon defender Jordan Laidlaw. Brushing past the keeper, Bruce's initial shot hit the crossbar and came back into play, but at his second attempt he squeezed the ball home from a tight angle to make it 1-0.

At the other end, a Kyle Macdonald shot from 25 yards on 15 minutes gave Danny Gillan some food for thought in the Saints goal when the ball bounced on its way to goal, but the on loan stopper got down well to collect it.

Some resolute defending followed as Invergordon pressed for the equaliser, Adam Allan doing well to clear the ball to safety after it was played across goal, and John Skinner blocking a follow up chance for Kyle Maclean.

Saints enjoyed the better of the chances in the final third, Bruce nearly doubling his tally with a first time shot at goal that Invergordon keeper Barry Duncan had to parry.

Invergordon were threatening the most at set pieces though, and a corner on the 35th minute mark caused Saints some problems, Saints requiring a block from Barry Kenny on the line to prevent an equaliser. From another corner moments later, Macdonald headed just over the bar.

With five minutes of the first half remaining, Ross Tokely turned on the style on the left wing, collecting a Gary Millard throw in before turning his man and sending a cross into the box; Jake Lockett connecting with a headed effort which flew just over the crossbar.

St. Duthus continued to press for a second and they started the second half as the aggressors, winning a series of set pieces. On 48 minutes, Duncan in the Invergordon goal was lucky not to be punished for a bad first touch on the end of a Bruce shot which almost broke to Billy Cairns inside the box; Alan Duff coming to his rescue with a clearance.

A corner at the other end eventually led to a chance for Callum Gow, forcing Gillan into his first big save of the game, the Saints keeper getting down low to block Gow's shot from just inside the box.

Invergordon had less luck at their next try. Saints hit them quickly on the counter with Lockett sending Bruce through on goal, as the Saints forward was thwarted only by a last ditch block from Duff.

But it was the hosts who scored next. A Saints corner taken quickly was cleared down the left flank and after breaking up the park, the ball fell to Cameron Mackintosh unmarked on the right who found the far corner with a shot from just inside the eighteen yard box, Gillan getting the faintest of touches but unable to prevent the goal.

Not knocked by the leveller, Saints kept pressing and a long kick out from Gillan nearly played Cairns in on goal, earning a corner before Bruce fired over from the resultant set piece. Moments later, Bruce found the target after pouncing on some slack defending before forcing Duncan to block a shot with his face at his near post!

The Tain men kept knocking at the door, and a long Geegan free kick into the box looked to have done the trick when it was met well by Bruce, but Duncan again came to Invergordon's rescue, tipping the ball over the bar for a corner.

A poor kickout which fell to Cairns had to be cleared out for a corner by Duff, and from the resultant corner, Ross Tokely was unlucky not to score with a chance blocked on the line.

On 80 minutes when Niall Docherty found space for a stinging shot from distance, but Saints keeper Gillan did well to palm it away to safety and then feed the ball back out into play. Docherty fired over moments later after some good build up play from the home side.

The last ten minutes resulted in no close calls for either side, as the teams reached a stalemate at 1-1. Saints can be pleased with the performance and effort shown, however, as they get off to a "new" start. 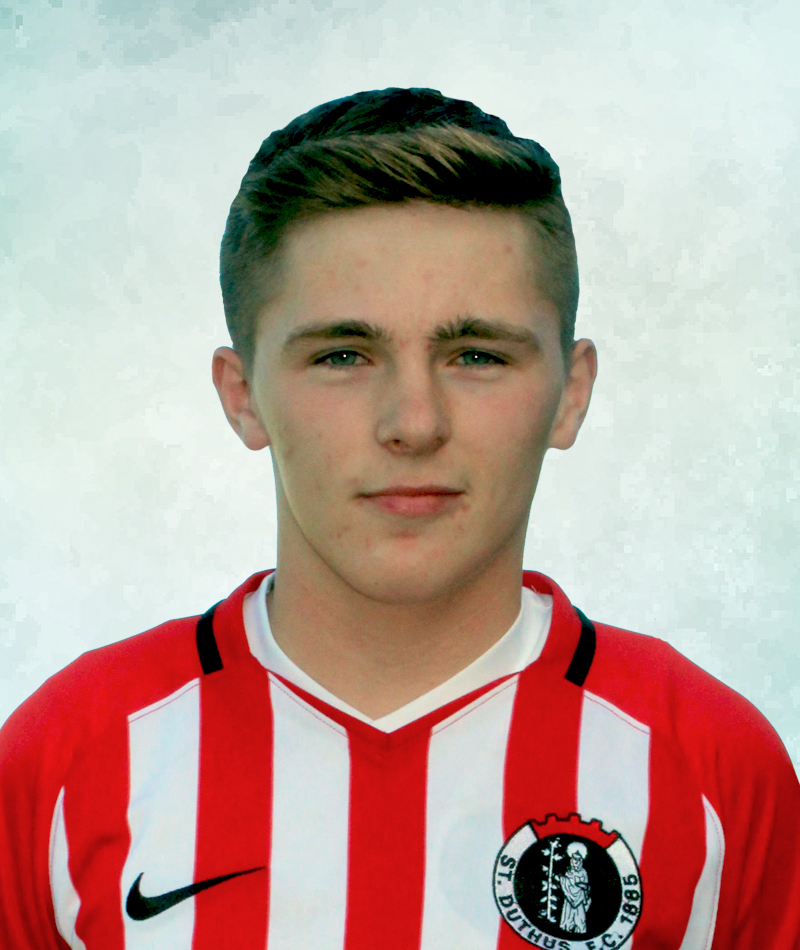