St. Duthus moved closer to a top half finish with a brilliant 1-0 win over Golspie Sutherland at King George V Park last night.

Playing their first game under the lights at the newly upgraded ground, St. Duthus were missing several players due to injury or work commitments, among them Jake Lockett, Stuart Mackay, Daniel Christie, Ross Tokely and Lewis Smith. Goalkeeper John Allan returned to the squad, along with James Mackay, with both players taking up a starting eleven berth. Under 18 midfielder Alex Mackenzie was also called to the bench.

Golspie started the game as the livelier of the two sides, and were unlucky not to capitalise on free kick sent across the face of goal that Liam Bremner could have done better with at the far post. Moments later, a chance at the other post was sent over the bar from close range.

Eddie Macgregor forced John Allan into action with a chance on 15 minutes that the Saints keeper had to steer away with his foot, before Gary Millard blocked a rebounded effort from Urquhart.

At the other end, Ben Bruce and James Mackay tested Cameron Yuill with tame efforts, and Adam Allan had a shot blocked on the six yard box.

The closest call of the first half came when a dangerous ball from Finn As-Chainey into the Golspie box was almost steered past his own keeper by Colin Macrae.

It took Saints eight minutes to take the lead. A foul on Ben Bruce resulted in a penalty award after good work from the forward to break into the box and the striker, netting his 11th goal of the season, made no mistake with the kick from 12 yards, slotting into the far left corner.

Saints kept the pressure on as the half progressed and chances for As-Chainey and Bruce failed to find the target. The latter came close on the hour mark with a dipping shot which landed just on top of the netting.

Attacking the Saints goal, Golspie had no better luck finding the target, restricted to chances high and wide from Craig Ross and Sam Mackay, most notably.

Late on, Kyle Mackenzie was unlucky not to capitalise on some slack defending when he closed down keeper Yuill in possession but the Golspie stopper recovered well to prevent a disastrous goal.

A foul on Miller Mackay just outside the box had the home team appealing for a penalty late on, but the resultant award was a free kick, and it was steered wide of the post by Mackay.

A series of yellow cards were issued as the game grew in its intensity, albeit mostly for the home side.

Golspie pushed for an equaliser as the game progressed, and Macrae came close with a long range effort which flew just wide.

Always on the counter though, Saints looked like they might grab a second when Jamie Skinner played Sam Ross clean through on goal - but a cynical foul on the midfielder stopped play, and Adam Sutherland was lucky to only see yellow for the last man challenge.

With eight bookings on record it was inevitable that a red might follow, and it did for Colin Macrae on 88 minutes, the right back receiving a second yellow for dissent.

Saints saw out four minutes of injury time in rigid fashion before full time arrived, as they secured the win and another three points. Pleasing also was a second clean sheet in a row, and a first of the season for John Allan. 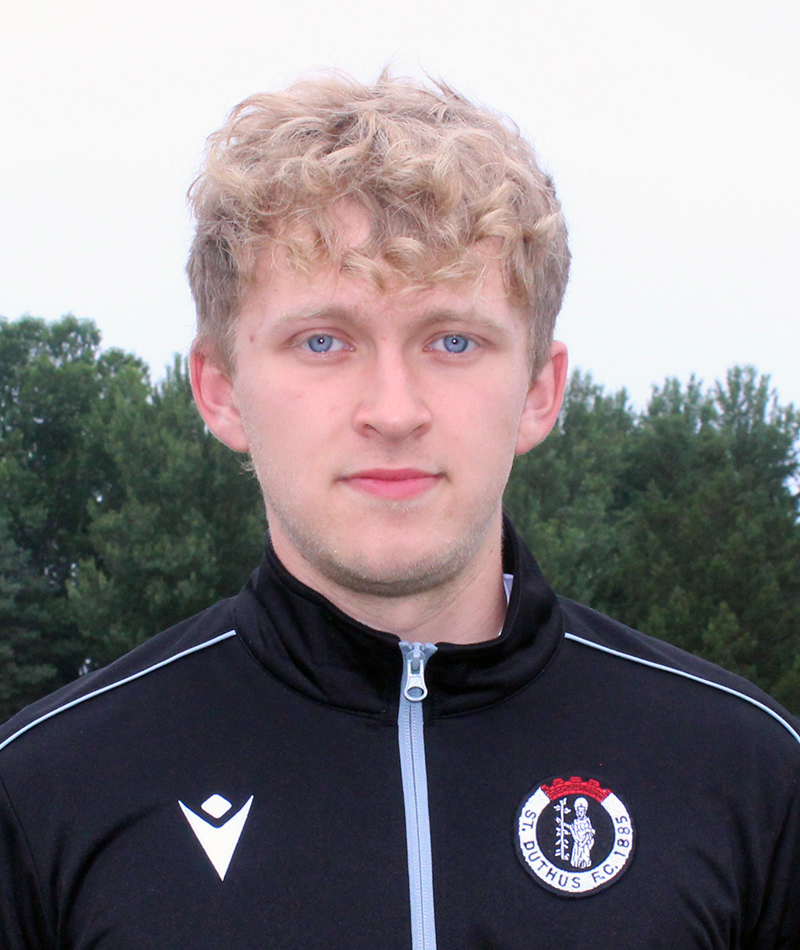