A FRANTIC final few minutes saw the Saints miss out on a draw at the Links yesterday, as they fell by the odd goal in three against a visiting Thurso side who were good value for the win.

Jon Campbell, Joe Sutherland and Sam Beeston were the noted absentees, along with those who continue to miss out due to long term work commitments. Paul Cowie, still nursing a knee injury, took a place in the dugout in a coaching capacity.

The wind and rain made a welcome departure in time for kick off, albeit leaving the surface soft and muddy for it's twenty two combatants. The game was preceded by a minutes' silence for former Bunillidh Thistle player Tommy Macaulay who tragically died this past week. 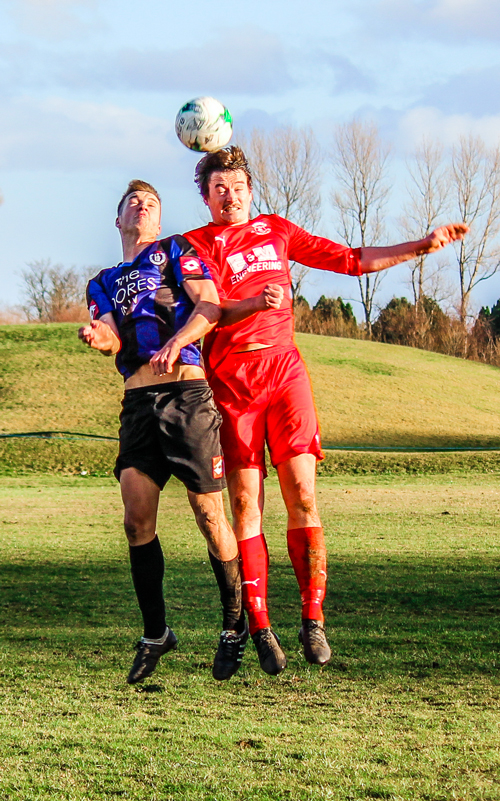 The Vikings started the game the much better side, dominating possession and finding space on the wings easily, as St Duthus struggled to contain theirs Caithness visitors. As has been the case all season, clever anticipation from John Skinner kept the wolves from the door.

With eighteen minutes gone though, slack play at the back from Thurso led to a Scott Miller interception, and after controlling the ball well to lay off to Cameron Mackintosh, it looked as though the Saints may score - but the midfielder could only manage to fire his attempt over the bar.

Conor Cormack offered Thurso's first clear cut chance moments later when he sent a stinging shot towards goal from an angle, but the quick reactions of Steven Martin prevented the effort, turning the shot over the bar. Another great save from Martin followed as the score remained 0-0 in the face of continued Thurso pressure.

Somewhat against the run of play, the Saints opened the scoring after 23 minutes, and again it was the tenacious Scott Miller who capitalised on a mistake to this time burst clear and force the ball beyond Asa Sinclair to make it 1-0, netting his seventh this season.

Thurso's possession ultimately paid off thirteen minutes later when a speculative header from James Mclean on the edge of the box flew over Martin into the Saints' goal to draw the scores level.

The Saints held out against a confident Thurso for the remainder of the half, with some good fortune and defending coming to the rescue as a dire first half for the home side came to a conclusion.

Four minutes after the restart, any hopes the Saints had of turning the game around were given a sharp jab in the ribs when persistent play from Thurso saw them take a deserved lead. From the left wing, a neatly taken cross met the unchallenged head of Conor Cormack at the far post who powered his effort across Martin and into the bottom corner.

Thurso manager Stevie Reid must have been wondering what his team had to do to score a third goal as a number of chances flew wide of goal. As the second half progressed, Stevie Martin, already worthy of the Saints' man of the match accollade, came to the rescue for St Duthus several times with some well timed blocks.

Stuart Ross rang the changes as the game continued with both Ewan Ross and Louis Webster introduced on the hour mark - and it seemed as though the changes had taken effect. With 20 minutes remaining, Scott Miller broke clear after a steady piece of Saints play and did everything right but score as he shot straight at Asa Sinclair who stifled the striker's effort as it flew past for a corner. 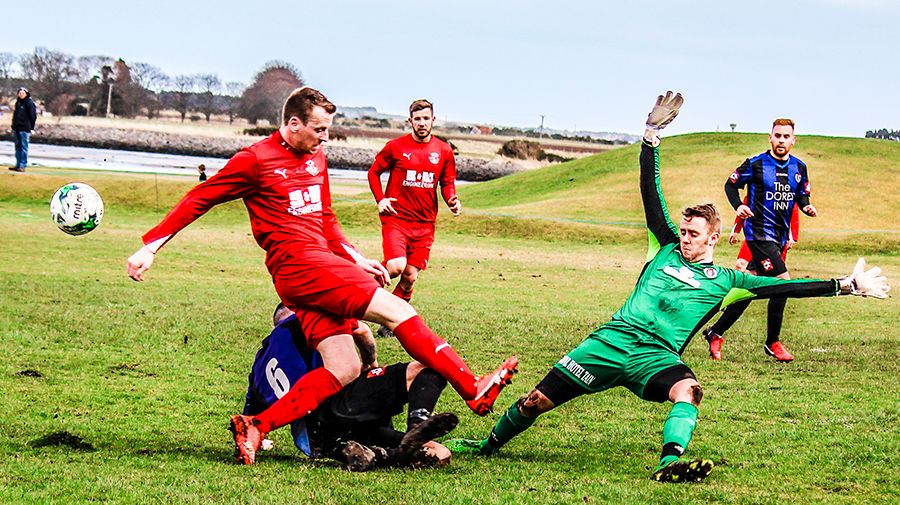 Good work from Adam MacDonald to send a shot goalward in a busy eighteen yard box saw the wing back's effort blocked, as the Saints started to raise their game. Soon after, Liam Mcleod found good space on the left wing and from just inside the eighteen yard box he sent a shot towards goal which flew just wide of the far post.

Thurso will have felt they should have had a greater lead as the game drew to a dramatic end, but with ten minutes remaining they were suddenly looking to simply preserve their one goal margin. The long throwing of substitute Craig Sutherland was providing a repeated threat from the touchline as the minutes ticked away, but for all the balls that found their way into the box, no one could connect with a killer blow.

At the other end, Thurso weren't finished, and Ewan Ross had to be alert on the goal line when a Thurso effort bound for an empty net had to be headed to safety.

The Saints nearly snatched an equaliser on 88 minutes when a misjudged clearance almost foxed Asa Sinclair in goal, but the Vikings' stopper caught the ball on the line before it could loop over his head for an own goal. Alas, the Vikings left Tain with the win, and on the balance of play were deserved winners.