A SCOTT Miller brace was enough for St Duthus to secure a place in the Jock Mackay Memorial Cup Final on Saturday, as they overcame the odds to defeat Thurso 2-1 at the Dammies.

One week on from the Saints' quarter final win over Alness United, Stuart Ross made two changes to the side for the trip north to Caithness. Martyn Farquhar took the place of the absent Cammy Mackintosh while Scott Miller was also recalled in a forward role in place of Liam Mcleod who dropped to the bench.

The confident Saints started the tie well and with ten minutes gone Jon Campbell volleyed toward goal following a quick one two with Jamie Skinner, forcing Sinclair to be on his toes as the chance flew just over the bar. Moments later at the other end, Steven Martin held a tame effort at his near post after Innes Mackintosh had played a dangerous ball across goal.

On the quarter hour mark, a clever turn from Jon Campbell led to a through ball finding midfield cohort Martyn Farquhar, but the Tain stalwart's effort flew just wide.

Despite a handful of set pieces for Thurso, the Saints were enjoying the best of possession. The opener arrived on 24 minutes and it came for St Duthus when Scott Miller beat Steven Sinclair to a long ball and forced it past Asa Sinclair to make it 1-0. The Saints man was left on the ground after a collision with the keeper for the first goal but quickly dusted himself down before doubling his tally four minutes later. Bursting clear, Miller easily shook off the challenge of Luke Manson before rounding Asa Sinclair and slotting home from 12 yards. 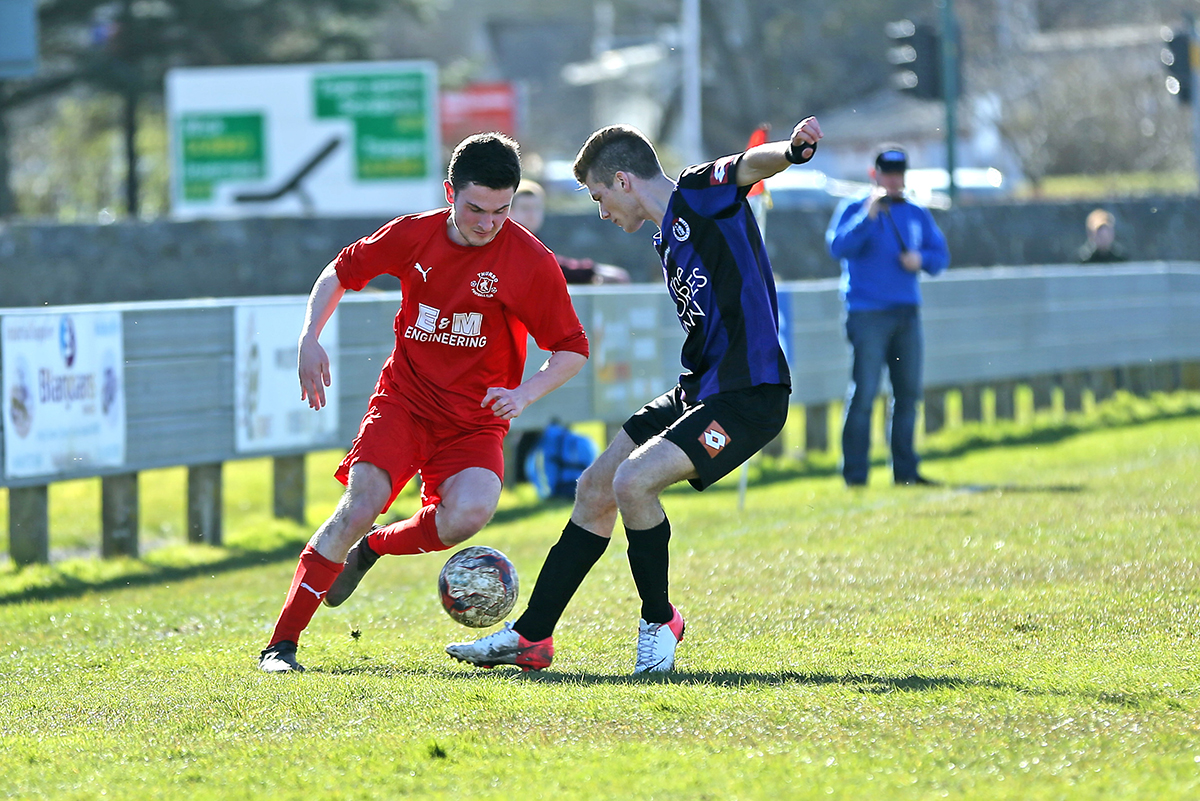 From a Kerr Mackay cross, Steven Morris headed over the bar as Thurso came back into the game, but the Saints remained firmly in charge, neutralising the predominantly aerial threat of Thurso with solid defending. Steven Martin too, showed why he is the Saints' number one, with good organisation and confident agility in handling crosses. Clever work from Miller once again allowed Ewan Ross to send a looping ball into the box as time in the half ran out, and getting on the end of the cross, Ken Morrison headed just wide of Sinclair's post.

The Saints started the second half with the same zip and determination that saw them claim a half time lead and a superb save from Asa Sinclair was required to keep Ken Morrison out after the hard working midfield man launched a speculative effort from 25 yards. The resultant corner was headed just wide.

With ten minutes gone, Thurso made two changes, and pushing forward they were looking to reduce the deficit. Michael Petrie offered Thurso's first second half chance, shooting over bar after collecting a pass from Conor Cormack.

James McLean headed over from a Luke Manson cross moments later, and the same player forced a point blank save from Steven Martin after bursting clear on goal, and from the loose ball, John Skinner doing well at the near post to clear.

Ken Morrison, a standout in the midfield for St Duthus, was unlucky with another long range effort on the hour mark, shooting along the ground and just past Sinclair's far post from 25 yards. 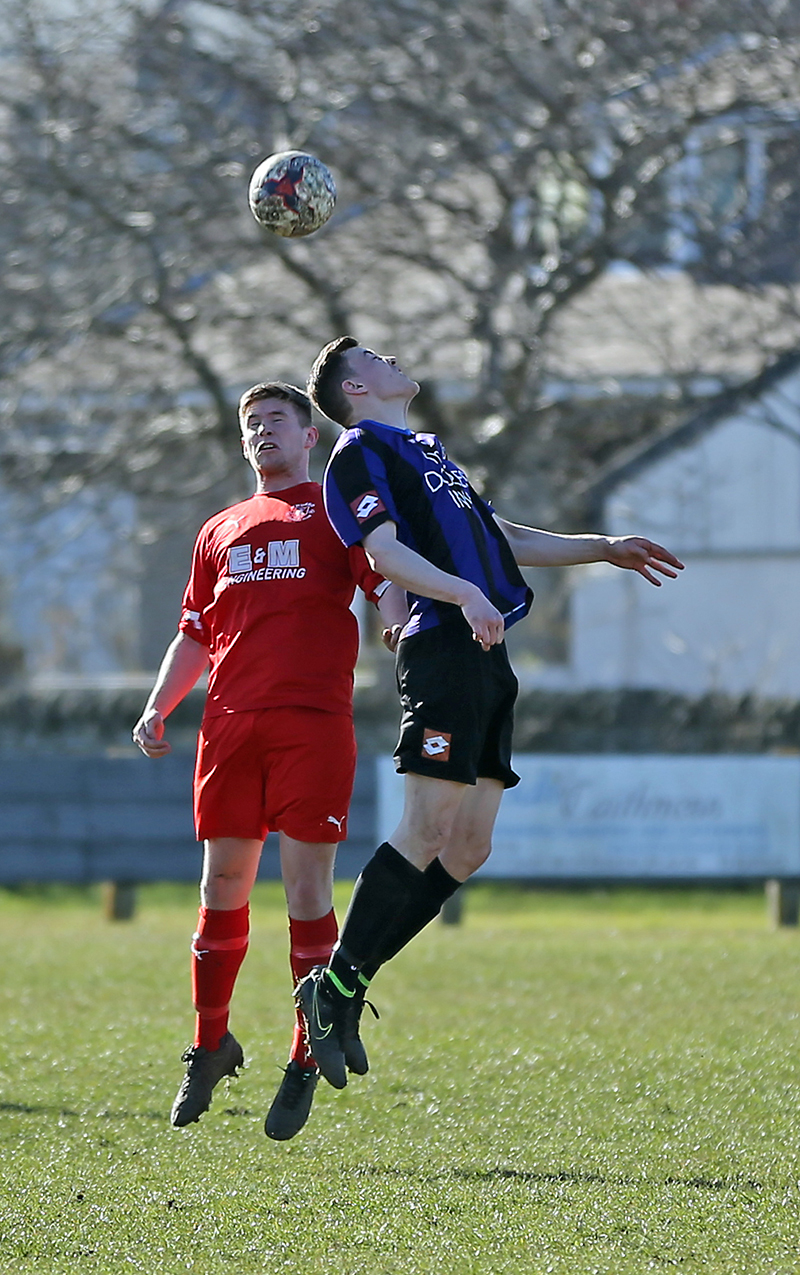 Scott Miller thought he had scored his hat-trick with a quarter hour remaining when he broke free of the defence, but attempting to curl the ball round Sinclair, his shot was eventually cleared to safety just yards in front of goal.

Thurso substitute Jack Fiddler missed the target with a chance on 78 minutes before a scrappy moment of midfield play ultimately led to Thurso reducing the Saints' lead. A scuffle outside the box fell to James McLean who played a quick through ball to Martin Ross and the Vikings sub slotted past Martin.

Almost immediately after, the Saints touchline were already cheering as the Thurso goal was left gaping following a great cross from Craig Sutherland, but Adam MacDonald, turning to fire the loose ball home sent it just wide.

With two minutes remaining, Craig Sutherland broke clear on goal and Thurso full back Kerr Mackay, who had been booked minutes earlier, found himself sent off for pulling at the St Duthus striker's shirt.

With six minutes of injury time added, the Saints still had work to do and Steven Martin was called into action at the death with a save of superb quality - tipping a low powerful shot from Martin Ross up and onto the bar!