AS WE prepare for an historic first cup final since our revival, we take a look back at both encounters with Orkney during the league campaign in a head to head that could not be any tighter.

Back in October, a closely contested first game held in Tain ended 2-1 to Orkney when Mark Berry netted with a header late on. The game had been a tale of two penalties in the first half. The first arrived for St Duthus after Paul Cowie had been taken down by goalkeeper Graeme Horne and Lewis Ross did the needful from the spot. Chris Simpson levelled for Orkney minutes later, after the visitors had been awarded a spot kick for a handball on the edge of the area. The game was a great advert for North Caledonian league football. Chairperson Niall Harkiss has fond memories of the Orkney visit.

The result wasn't what we wanted, or what we thought we merited on the day, but it was an entertaining game of football played in good spirit. It was great too to see so many supporters travelling down with Orkney and it was good to be able to welcome them to the Links for the first time, and at our sponsor hotel the Royal Hotel after the game, where they stayed for some time before making their way North for the ferry. So much of what makes the North Caledonian League a good league is in the relationships between the clubs and the post match traditions of being able to talk about the game over a bowl of soup or a sandwich. To be able to do that with teams from as far afield as Orkney was a real pleasure.

The visit to Kirkwall last December overcame all expectation. Top marksman Scott Miller gave the Saints a lead after just two minutes when he connected with a Jon Campbell free kick. There were chances to extend the lead too, before Orkney were awarded a penalty. As he has been on several occasions though, Steven Martin was up to the challenge, and he saved Chris Simpson's kick from 12 yards.

Orkney's leveller arrived on 17 minutes when Graeme Horne lashed the ball past Martin with power. 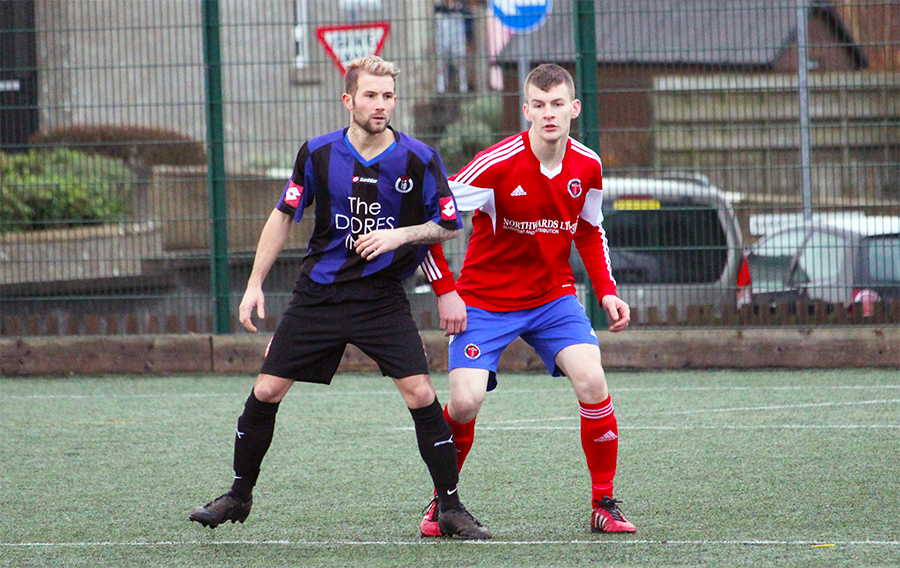 With four minutes remaining in the game, defender Ewan Ross earned his place in Saints history as the conquerer of Kirkwall with a stunning volley to give St Duthus an historic and memorable 2-1 win, ending a 22 month unbeaten run for the Orcadians.