A COMMANDING performance from whistle to whistle saw St Duthus take all three points in a 3-0 win against Halkirk United in the Macleod & MacCallum North Caledonian League this afternoon. One way traffic throughout both halves saw the Saints go 1-0 ahead in the first half, before adding two further goals in the second.

With the absence list still higher than preferred, manager Stuart Ross retained the services of trialist fullback Andy Young for a further appearance, while a new Trialist striker was also included in the starting lineup. Cameron Mackintosh and Adam MacDonald returned to the side following their absence last week, while Joe Sutherland missed out due to duty with Lairg Rovers.

Liam Rostock set out his stall for an excellent first half performance when he played Adam MacDonald in on goal in the first minute, the wing back shooting wide of the far post. Just a minute later, the trialist striker for the Saints should have hit the back of the net with an angled drive across the face of goal, but the chance missed its target. The opportunity followed direct work from Rostock yet again to play the forward man in.

The Saints were appealing for a penalty kick five minutes later when Andreas Broomfield was brought to the ground in the eighteen yard box, but referee John Nicolson waved play on.

On the quarter hour mark, Jon Campbell laid a neat ball off to Adam MacDonald who shot just wide. Just two minutes later, St Duthus thought they had scored the opener, when an advancing Campbell appeared to be clean through on goal, but beating his team mate to the punch, Rory Patience added the finishing touch - only for assistant referee Malcolm Macleod to flag for offside.

The first goal had been delayed only two minutes -- and it arrived courtesy of a lovely through ball which was collected by the hard working Liam Rostock who cooly slotted the ball low into the bottom corner beyond James More from fifteen yards.

It took until the 23rd minute for Halkirk to make an offering on goal when Stuart Atkins found space outside the box to turn and shoot - but the Halkirk midfielder's shot curled high and wide of goal. At the other end, the Saints had their head in their hands with a chance that should have been easier to score when the Trialist striker shot across goal before a deflection presented Liam Rostock with a chance to tap home. More though, was first to the ball, and held it bravely.

The last action of the first half saw Jon Campbell shoot high into the clutches of More with an effort from the edge of the box.

The second half continued as the first had ended, with St Duthus in control - and they took just three minutes to put their further pressure on the visitor's goal. Breaking on to a loose ball, Adam MacDonald cut the ball back for Rostock who curled the ball just over the bar. Three minutes later, the Saints had extended their lead. A neatly taken corner was deflected over to the far post and waiting was centre half Ken Morrison who lashed the ball with fury beyond More from an acute angle.

Two minutes later, from a superbly placed free kick from Jon Campbell, Liam Rostock met the ball with a glancing header which curled just over the bar. It looked as though Cammy Mackintosh would be in with a chance himself on the hour when Adam MacDonald played a neat ball over the top, but the midfielder fired straight at More. Just one minute later, Campbell played a subtle lay off to Rostock who shot low into the keeper's arms.

The hard work of Adam MacDonald looked as though it may have been met with a reward when the wing back shot at goal from 15 yards but his effort flew just past the post. He would have to settle for the role of creator - and on 65 minutes he did just that, doing well to reach the ball on the byline to send in a low cross that was met by the onrushing Liam Rostock to hit the ball first time into the corner. At 3-0, the Saints were out of reach.

Rory Patience shot wide with twenty minutes left with a chance from the edge of the box, and moments later it was another new signing Andreas Broomfield who did well with a free kick to force a save from James More. Broomfield showed his class once again on 77 minutes when he twisted and turned inside the box before firing an effort just over the bar.

A late flurry of attacks from United offered some hope for the visitors, but the persistent defence of Skinner, Morrison and Broomfield was steadfast, and a Ryan Forbes shot high and wide was ultimately all that was forthcoming from Halkirk.

With onlookers willing on Liam Rostock for a hat-trick in the dying stages it seemed as though he may be about to notch it when substitute Finn Chainey sent a lovely long ball into the path of the forward man, but preventing the goal at his near post was More, saving Rostock's flicked effort from close range. Chainey himself was denied in the closing stages by the upright with a shot across goal, just seconds before Nicolson blew the final whistle.

The victory sends Saints up to second in the table, just behind Thurso on goal difference, who recorded a 7-1 win over Inverness today. In other action, Alness United beat Invergordon 3-2, while Golspie Sutherland advanced to the second round of the Football Times Cup with an away win at Helmsdale against Bunillidh Thistle. 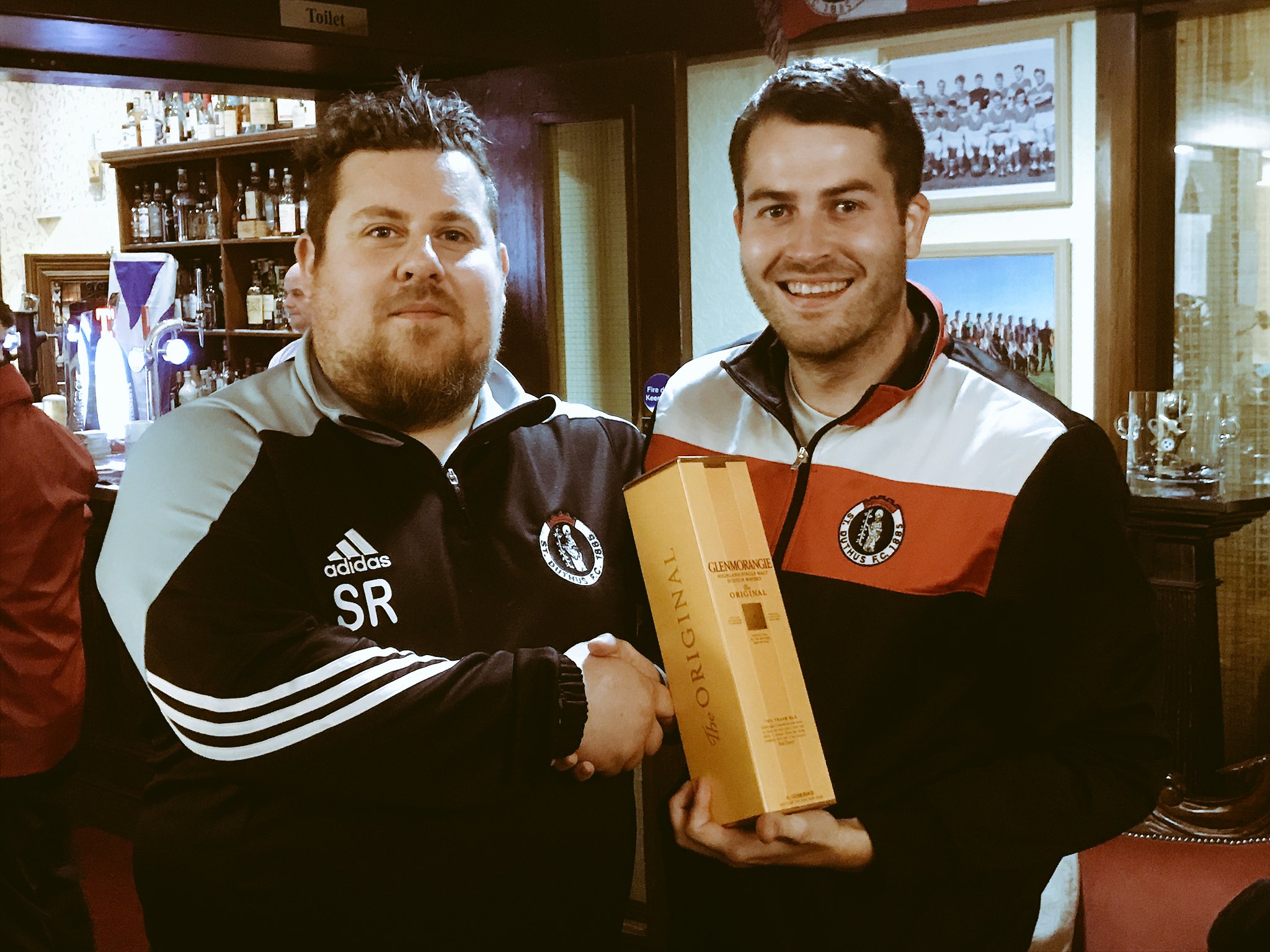