WITH three wins under their belt, the Saints now face the stiff test of visiting King George V Park to lock horns with Golspie Sutherland, as they look to continue their good form.

Following on from the last weekend's cup match, Jon Campbell, Cammy Mackintosh, Scott Miller and Andreas Broomfield are all expected to return, while Adam MacDonald will most likely miss out as he recovers from a knee injury sustained against Nairn County. Others remain absent due to work commitments.

Saints' manager Stuart Ross, has been delighted with the resilience of his squad in the face of regular absences.

For a number of reasons, we've had to call upon our whole squad very early in the season and we've been delighted with the response from each of them. We're in the same boat again this weekend, with some unfortunate injuries adding to our absence list unfortunately, so we'll be looking for that same response. We'll be going there in high spirits, and hopefully we can do what we failed to do last year and take all three points to keep our run going. 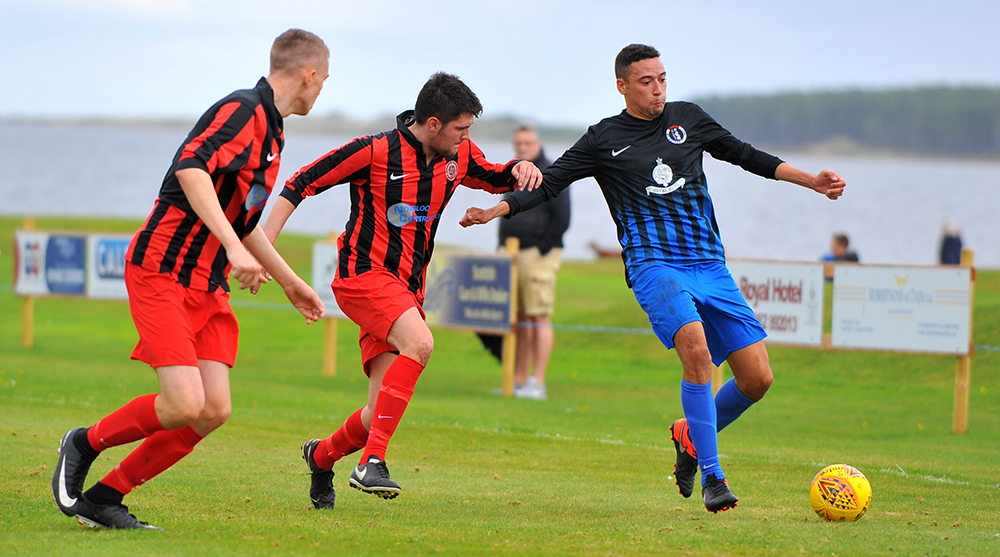 Andreas Broomfield is set to return after missing the Nairn game.

It has been a topsy turvy start to the season for Golspie. An impressive run in the North of Scotland Cup has handed them a semi final place against Lossiemouth. The Sutherland side's blip up in Orkney though, seeing them lose 7-1 just a week ago, should not be taken as any kind of indication of their capability this season. Throughout the summer, an already good team has been improved with the addition of a number of players.

For this Saturday, Golspie are expected to have goalkeeper Graeme Williamson back, as well as Graham Macnab, while brother Grant Macnab misses out due to suspension after being sent off last weekend against Orkney.

The game kicks off at 3pm on Saturday and we wish to encourage supporters to arrive early to ensure suitable parking near the ground.

To anyone wishing to travel on the Saints' club coach, we still have several seats available - to travel with the club please contact a committee member to book a place, or meet us at the coach for departure at 11.30am from Tain Asda.