THE North Caledonian Cup now resides in Tain, and in winning the trophy the Saints took their victory in style at King George V Park against the hosts and cup holders, Golspie Sutherland. After edging a fantastically fought first half, St Duthus took their opponents apart in clinical fashion to win their first post-revival silverware.

The lineup announced by Stuart and Andrew Ross brought about some surprise before the game with the injection of some experience into the side, specifically the introduction of Barry Kenny at holding midfield, and Justin Rogers returning to first team action as part of the forward line. In goal, Steven Martin returned to action following illness.

St Duthus defended well from the outset as Golspie looked to make an early breakthrough. Steven Martin had to be alert to a Sandy Sutherland chance after just two minutes, saving low, before Liam Brember headed over the bar. Resolute play kept the wolves from the door though, and the Saints set out their stall for what would prove to be a fiercely contested game of football.

The game adopted a frenetic pace from the get go and before long, a dangerous challenge on Jon Campbell resulted in the first caution of the game, issued to Adam Sutherland in the sixth minute after the Golspie man had committed a foul through the back legs of the Saints midfielder. The game intensified a moment later when the Golspie dugout were issued with a warning. 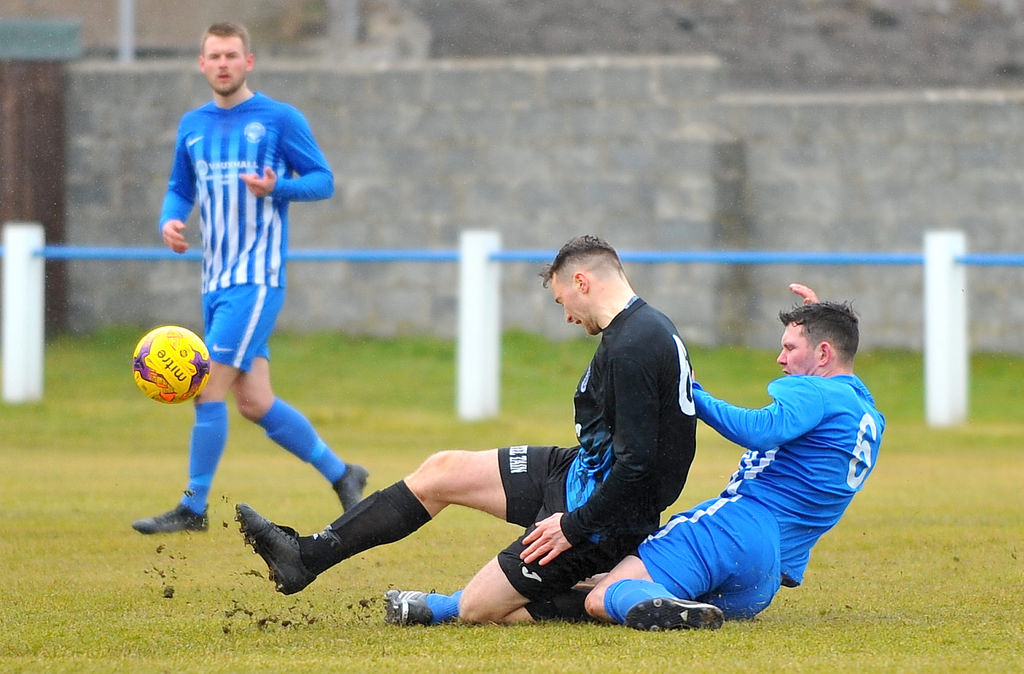 With twenty minutes gone, Saints won their first corner of the match and Graeme Williamson had to be at the ready to deal with solid delivery from Craig Ross to palm the ball away, but waiting in the area was Cammy Mackintosh who headed just over the crossbar from close range.

Just a minute later, the Saints stunned the hosts when they took the lead. Nipping past Blair Duncan on the right wing, Finn As-Chainey found space to send an inch perfect cross into the box, and meeting the ball precisely was Lewis Ross, who headed the ball downward past Williamson to make it 1-0.

A free kick from inside the Saints' half led to a great chance for the Tain men just before the half hour mark. Winning the ball in the air, As-Chainey flicked the ball into the path of Jon Campbell who turned and hit a volley which looked destined for the net as it sailed over Williamson and ultimately over the bar.

As-Chainey had pest written all over him as he continued to threaten down the right hand side, and on 33 minutes he weaved his way into space on the edge of the box before launching a stinging shot at goal which flew high into the side netting. 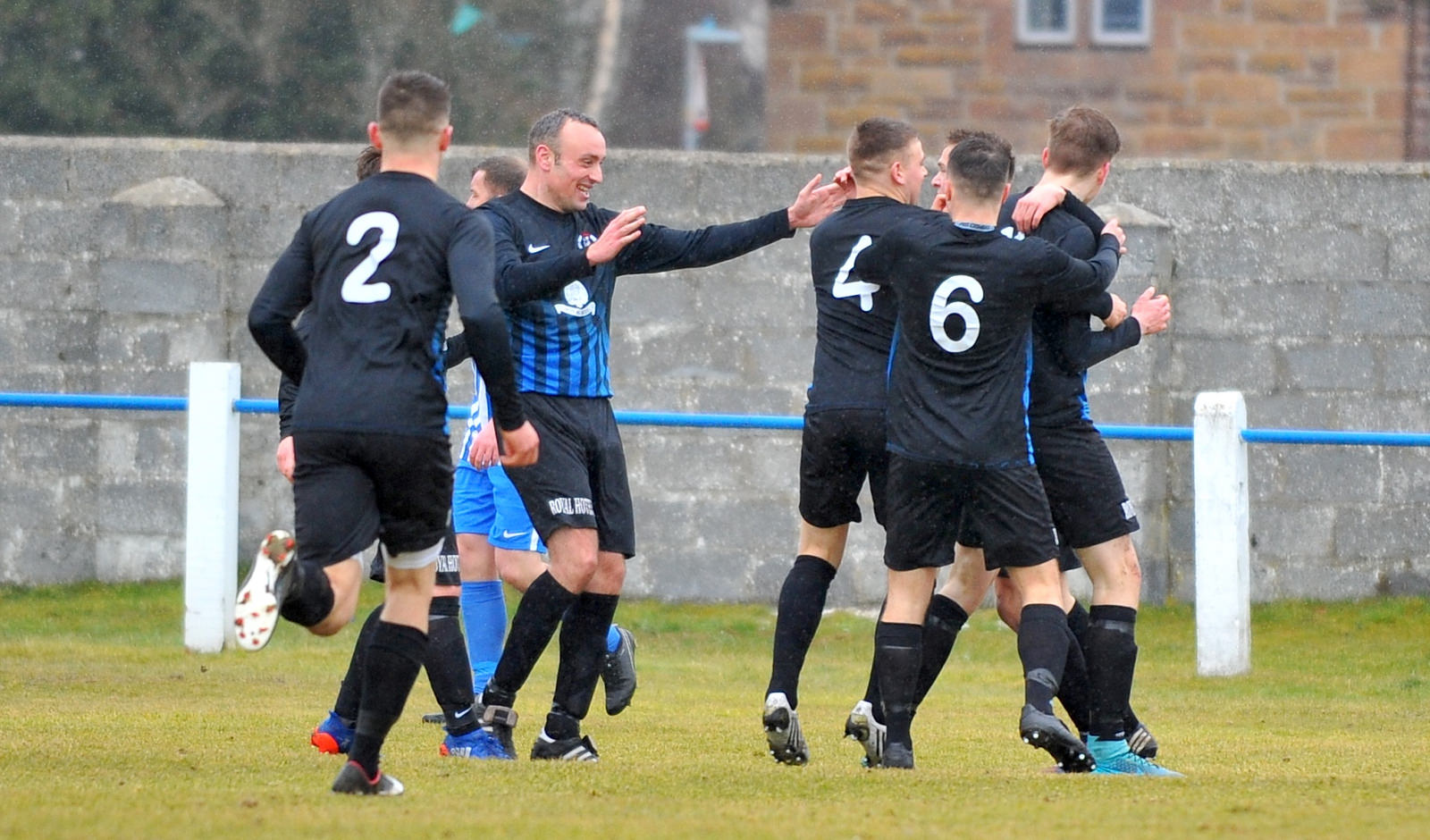 As-Chainey turned creator again minutes later when he played a neat through ball to Jon Campbell to send the St Duthus captain through on goal, but opting to change his footing, Campbell was quickly dispossed before he could pull the trigger.

Golspie weren't without their chances to level the scores as the half continued and on 38 minutes an error at the back left the goal gaping. Steven Martin, though, recovered well to block Graham Macnab's goalbound effort and just seconds later, the Saints keeper had to repeat the feat to protect his net from a shot from Colin Sinclair, doing so in expert fashion.

Following three minutes of added time, St Duthus convened to the pavilion at half time one goal to the good.

A first half injury forced Justin Rogers to withdraw during the interval, to be replaced by Liam Rostock. Straight out of the traps, the Saints continued as they had rounded things off in the first half. Within two minutes, Lewis Ross had played Finn As-Chainey in on goal but the winger's attempt flashed just past the post. A minute later, Ross headed over from a corner.

Chasing the game, the home side began to push further forward ten minutes into the half, and at his near post Steven Martin had to react quickly to stop a shot from Golspie substitute Grant Macnab after a neat cross into the box. The inspired substitution of Scott Miller for Lewis Ross was to follow, and was to prove a tactical masterstroke.

Hitting Golspie on the counter, As-Chainey flew clear and the towering wing-man forced Williamson to produce a great save from an angle. This was to be just a momentary reprieve for Golspie though, as Scott Miller quickly made himself known to the game. Bursting down the right, he squared the ball for Cammy Mackintosh who was waiting in the box, but Williamson just managed to steer the ball away from goal as the Saints midfield man slid over the goal line.

A free header at the other end left Sandy Sutherland with an opportunity to make it 1-1, but his effort - Golspie's last real chance to level - was directed wide, and from then on the Saints began to take complete control.

With 66 minutes on the clock, As-Chainey advanced on the counter, and laying the ball to Miller, the Saints striker made no mistake from close range, forcing the ball beyond Williamson to make it 2-0. Cheers rent the air just two minutes later when the Saints hit a third. A Rory Patience ball found Cammy Mackintosh in the box and the St Duthus man rifled a volley high into the net to put the result beyond the reach of the hosts, as euphoric celebrations ensued. Now 3-0 up, the Saints were flying.

With eight minutes remaining, Golspie managed to pull a goal back, albeit it via an own goal. Finding space twenty yards from goal, Colin Sinclair hit a low shot into the box which connected with Saints man Barry Kenny and left Martin wrong footed as the ball rolled into the net.

In the dying stages, the Saints had chances to add to their tally and wrap things up. Liam Rostock called Williamson into action twice, and most notably, Ryan Patterson could well have scored when he broke down the middle to find himself clean through on goal, but the midfielder's low shot was turned round the post by Williamson. Craig Ross nearly capped off a superb defensive performance with a goal at the other end from a free kick - but his powerfully hit effort flew just wide of the post.

To compound Golspie's woes, substitute Cameron Sutherland was dismissed for foul and abusive language in the final minute of the game - the punctuation on an afternoon which had seen a total of fourteen cards issued by referee John Nicolson. With a minute of added time played, the whistle was blown and the Saints had won the Cup. 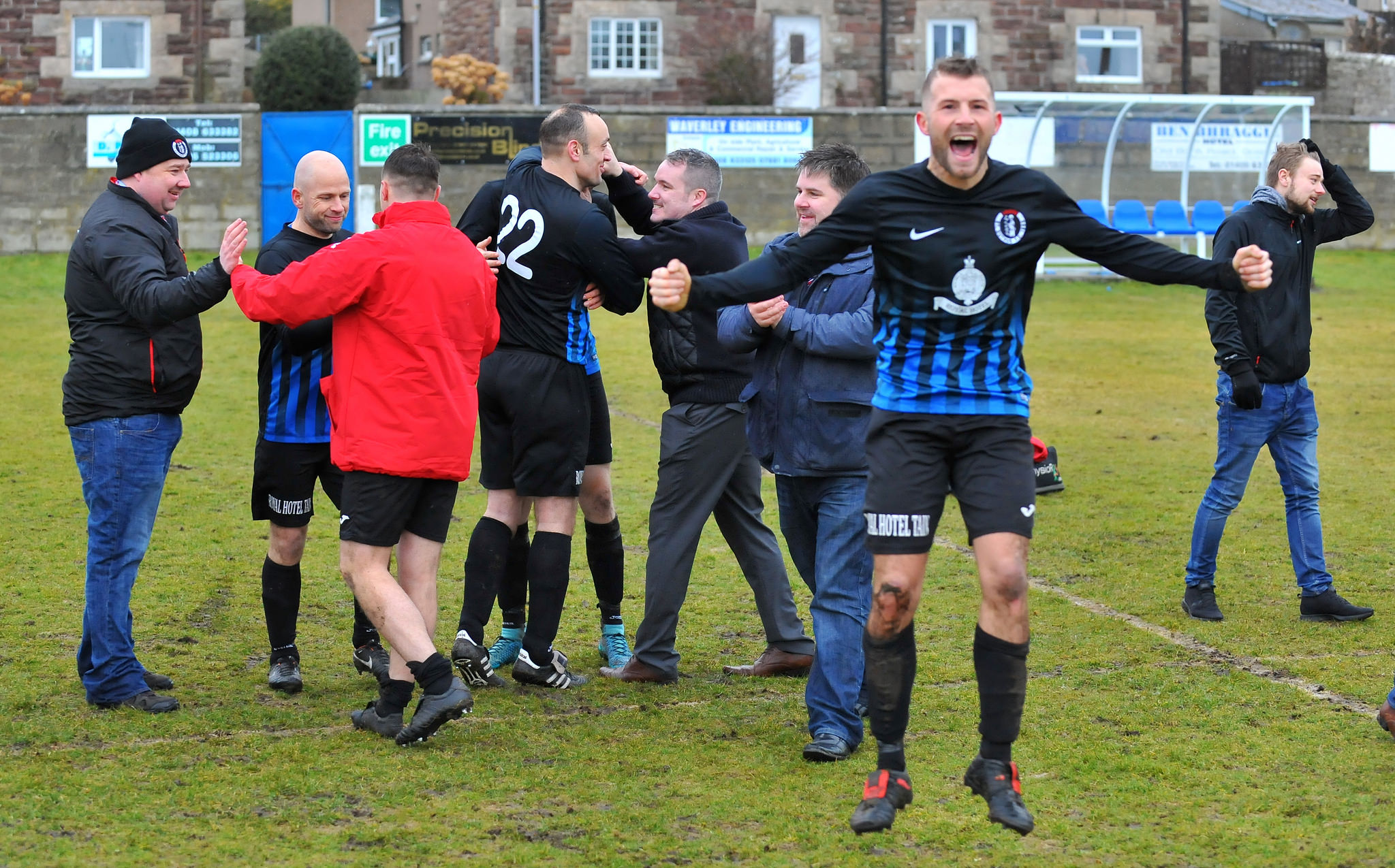 The club wishes to thank the North Caledonian FA committee as well as the Golspie Sutherland FC committee for their hospitality on the day, for a cup final which was expertly hosted. Thanks are also extended to the Stags Hotel, Golspie for their post-match fayre, Fraser's Coaches and our club sponsors, Robertson's of Tain and The Royal Hotel. 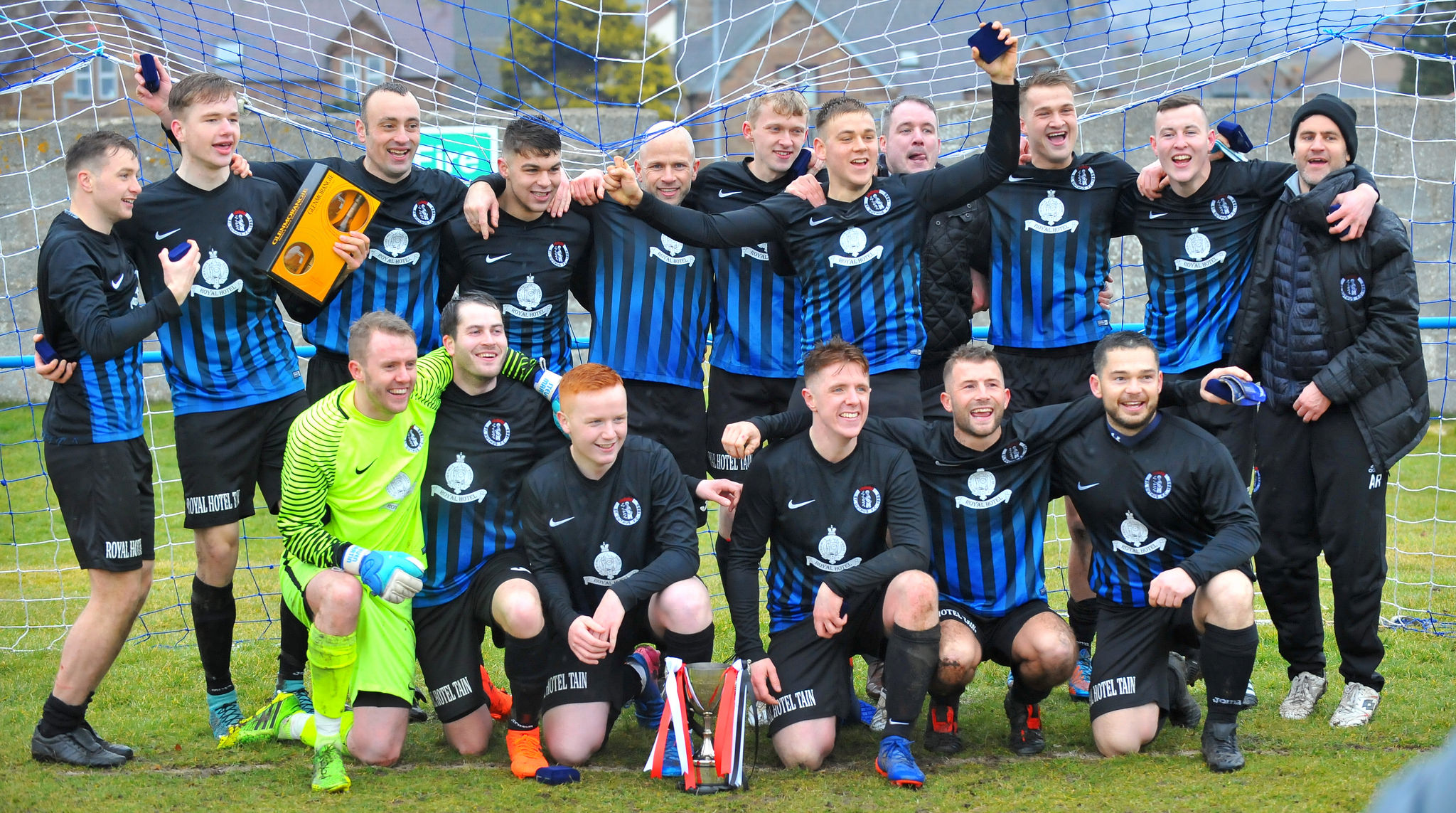