THE SAINTS secured a place on the Jock Mackay Cup semi-finals with a convincing 3-1 win over Thurso at Grant Park this afternoon.

The notable absentees were Ross Tokely and Barry Kenny who both dropped out of the side who drew against Golspie over a fortnight ago. The returning Jon Campbell, however, made for a more than capable replacement making his first Saints appearance since the Jock Mackay Cup semi-final last season. Alan Geegan returned at left back, while Martyn Farquhar also returned to the squad, taking a place on the bench.

St Duthus dominated the early going and showed signs that they would provide a busy afternoon for veteran keeper Michael Gray. Liam Rostock's whizzed cross just evaded Jake Lockett at the far post on 5 minutes and moments later, a long Rostock throw was headed into the path of Scott Miller by Charlie Macdonald, but the striker could only head over.

The opener arrived on 18 minutes from a Jon Campbell free kick. Curled into the box, the ball was diverted low into Gray who saved, but he couldn't prevent Will Ross from prodding the rebound over the line to make it 1-0.

Another good ball from Campbell played both Lockett and Miller in on goal, and with Gray off his line was down to Martin Sutherland to defend and he did so inadvertently by falling on top of the ball -- albeit after the referee had blown for an infringement.

On the counter at the other end, Ali Matheson had to look alive to thwart a Conor Cormack shot from a tight angle which was diverted into the side netting.

St Duthus added a second on 28 minutes - and it was one to remember. Breaking over the half way line, Cammy Mackintosh skipped over the sliding legs of Connor Macintosh before launching a 25 yard strike which found the top corner of the Thurso net. A finer goal we are unlucky to see at Grant Park this season.

After firing just wide himself, Liam Rostock turned provider on 35 minutes, sending a cross into the box for Will Ross who headed just over the bar. Ross was unlucky again just moments later after a short corner from Jake Lockett was curled into the box by Robbie Murray.

As the half drew to a close, Mackintosh was denied a second when his tame shot was held by Gray following good work with Rostock.

Thurso began to offer signs that they were still in the game in the early stages of the second half and Ali Matheson had his bit to do in keeping the Vikings at bay as he produced a superb one hand save to stop a powerful shot from Kuba Koziol before collecting the loose ball.

Roddy Innes was unlucky moments later for the visitors with a volley that flew just wide of the post. Koziol had a header saved just moments later.

Saints were not finished either though. Great work from Scott Miller down the left hand side led to a dangerous ball being sent into the box, and after the ball was cleared to the edge of the area Robbie Murray thundered a shot high towards goal and rattled the crossbar.

A solid afternoon's work for St Duthus was wrapped up with a fantastic third goal on 68 minutes. It arrived through Cammy Mackintosh after the midfield man had played a quick exchange with Jake Lockett, before sending a dangerous cross into the path of Scott Miller who flicked the ball beyond Gray and into the far corner. 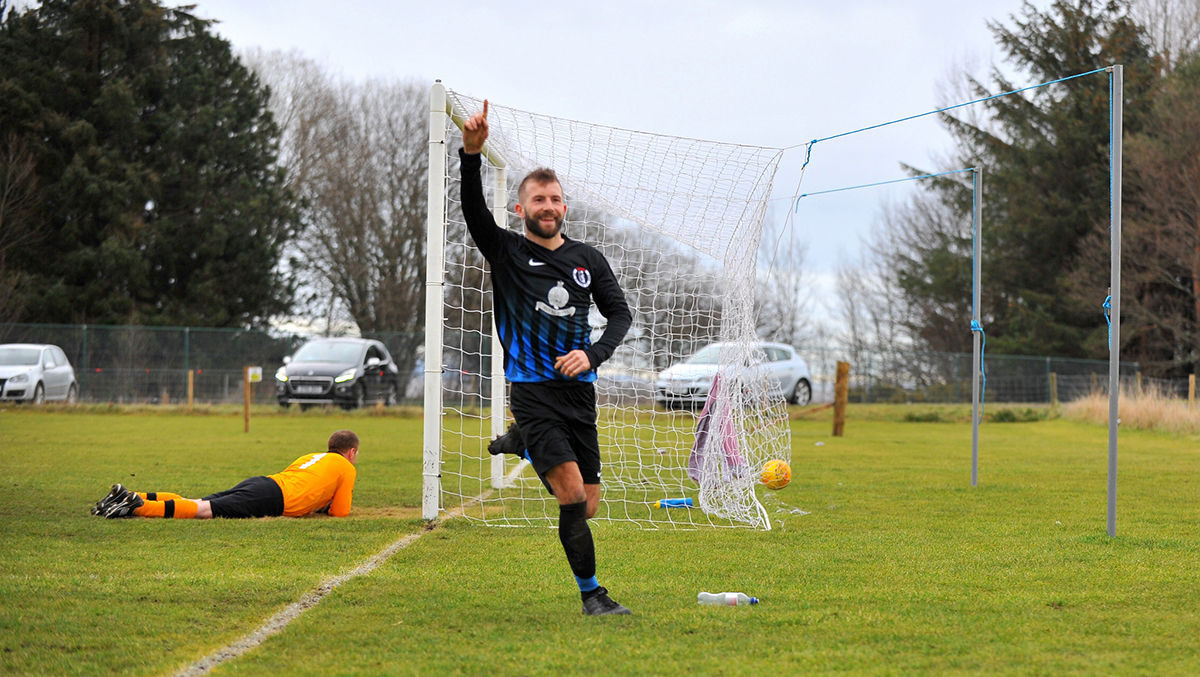 With seven minutes remaining, Thurso netted a consolation after breaking down the left side; Roddy Innes curling the final ball just beyond the outstretched leg of Matheson after a strong run from Koziol.

Not for the first time this season, Ali Matheson had time to fit in another top drawer save to prevent a second Thurso goal on 88 minutes, leaping like a salmon to catch a top corner bound strike from Conor Cormack.

The Saints now advance to the Jock Mackay Cup semi final where they will meet local rivals Invergordon at Grant Park on March 16th - the same day as the club's Sportsmans' Dinner.

Man of the Match: Will Ross