TEAM Captain Cammy Mackintosh left Saints fans purring with his display against Thurso this past weekend, capping off what was his 50th appearance for the club with a stunning goal. There's no doubt Cammy is enjoying his football -- and with spirits high across the camp, the midfielder this week reaffirmed his loyalty to the club by committing to remain with St Duthus into next season.

Arthurville lad Cammy is widely regarded as one of the most promising young players to have come out of Tain in recent years and his journey with St Duthus has been nothing short of impressive thus far.

Cammy had spent several years as a youth candidate with Inverness Caledonian Thistle while he attended Tain Royal Academy before playing with with both Ross County and Brora Rangers in his teens. It wasn't until he joined St Duthus in October 2016 that he would have his first taste of senior football in the North Caledonian League and he very quickly established himself as a first team regular.

At the end of his first season, Cammy collected a joint award from the club (alongside Adam MacDonald) for Young Player of the Season. In his second season, he scored the third goal and collected a winners medal in the Saints' memorable North Caledonian Cup Final victory over Golspie Sutherland. His form throughout that campaign earned him the club's Player of the Season award for 2017-18, and a nomination for the League Player of the Year award too. 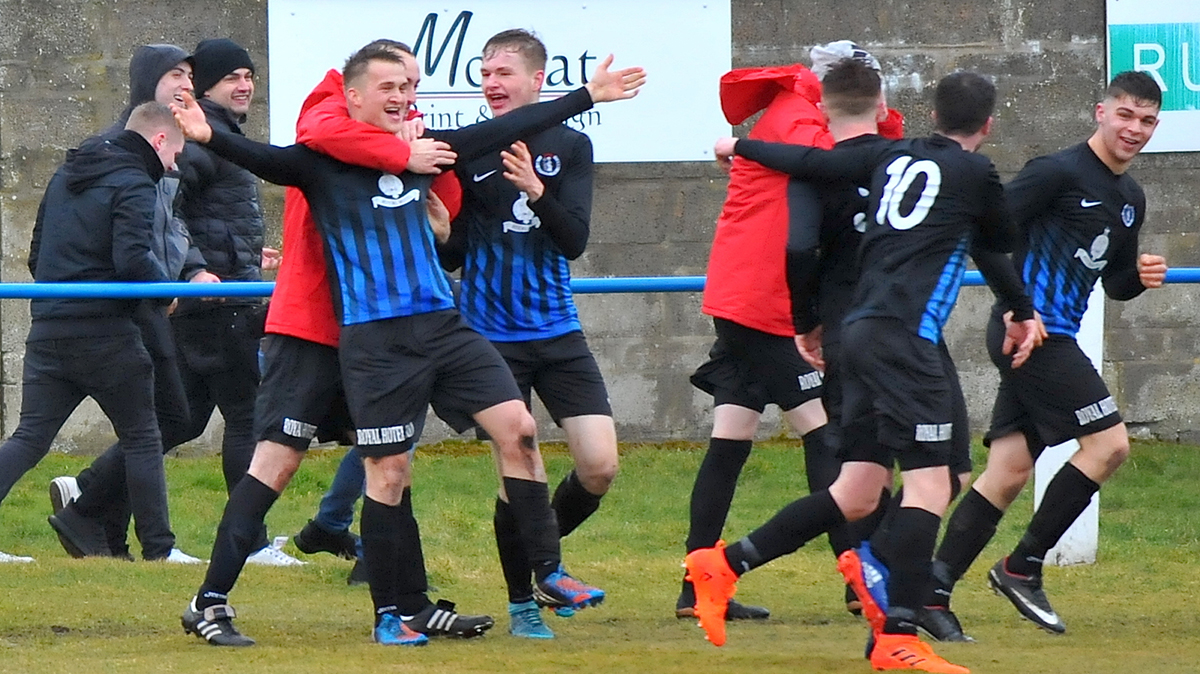 Alongside these early successes, Cammy's athletic combination of strength, stamina and a tireless work ethic on the park made him an ideal pick for Stuart Ross when it came time to appoint a new captain of St Duthus Football Club.

But the midfield maestro has remained modest in his new role.

"I wasn’t sure what to expect when asked to captain the team, but I've really enjoyed the job. I feel like the extra responsibility is helping me improve my game."

Looking ahead, the Saints' matchday leader has designs on taking things to the next level in 2019-20.

"I am delighted to commit for another season as I see great things ahead for St Duthus. This year especially we’ve moved from being underdogs in games, to becoming a team to beat. I wouldn’t say that there’s any games now that people wouldn't expect us to have a chance of winning. As a group of players, we are more than capable of challenging - and we must now be looking to do that for all honours in 2019-20."

The Saints still have the matter of the Jock Mackay Cup semi-final to attend to - with the possibility of silverware in 2018-19 still a realistic possibility. The semi-final slot was secured with a 3-1 win over Thurso this past Saturday, and Cammy had a big part to play as he was praised for an excellent display and a superb goal.

"As soon as I got the ball past the defender there was only one thing on my mind. I didn’t actually hear the boys shouting for the ball until I saw the replays. I surprised myself at how well I caught it -- any other day it would’ve ended up in Glenmorangie distillery!"

The Saints' semi-final meeting with Invergordon is scheduled for Saturday March 16th with a 2pm kick off.