As well as picking up a win on Saturday, St. Duthus were delighted to welcome Adam MacDonald back into the first team fold, starting his first game for Saints since September 2017.

Tain native Adam, who was awarded the club’s Young Player of the Year award back in 2016/17, suffered a cruciate ligament and meniscus tear in his left knee just two games into his second season for Saints. 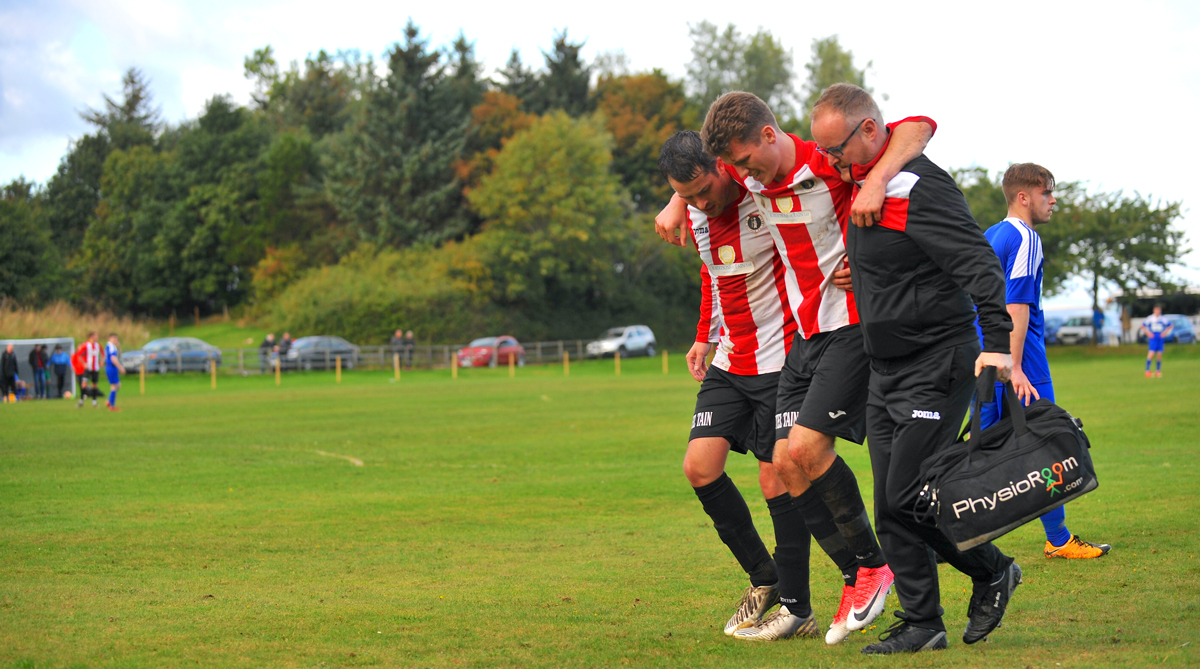 Above: Adam is carried off by teammate Liam Rostock and committee member Alan Forsyth

The injury ruled him out for several months before he made a brief return as a substitute against Halkirk United in February the following year, but it was to be an ill-fated attempt as he suffered a dislocated shoulder after just 20 minutes!

A game during the summer months for amateur side Tain Thistle led to him re-injuring the same knee - and it became clear that a much longer period of rehabilitation was now on the cards.

"To be honest, I think when I first injured it, I didn't really know it was as bad as it was." Adam admits. "The re-injury was down to it not healing properly the first time."

Now - three years on - extensive rehabilitation involving an operation and physiotherapy have helped Adam get himself ready for a return to first team action - having first rejoined the squad to begin a light training schedule during the 2019-20 campaign.

After starting at left back against Halkirk United on Saturday, he is hopeful that this can be the turning point for a successful return to playing.

"It is great to be back playing. I just need to build some match fitness now to get to a place where I can help out when I can."