Thank you to Glenmorangie for the kind donation of a bottle of malt whisky, which was presented to Lewis Ross before Saturday's match against Orkney by team manager Stuart Ross.

Lewis holds the distinction of being the first player to score in a competitive match for the resurrected St Duthus Football Club - the first of it's kind since 2005 - thanks to his penalty kick against Invergordon on September 4th this season. 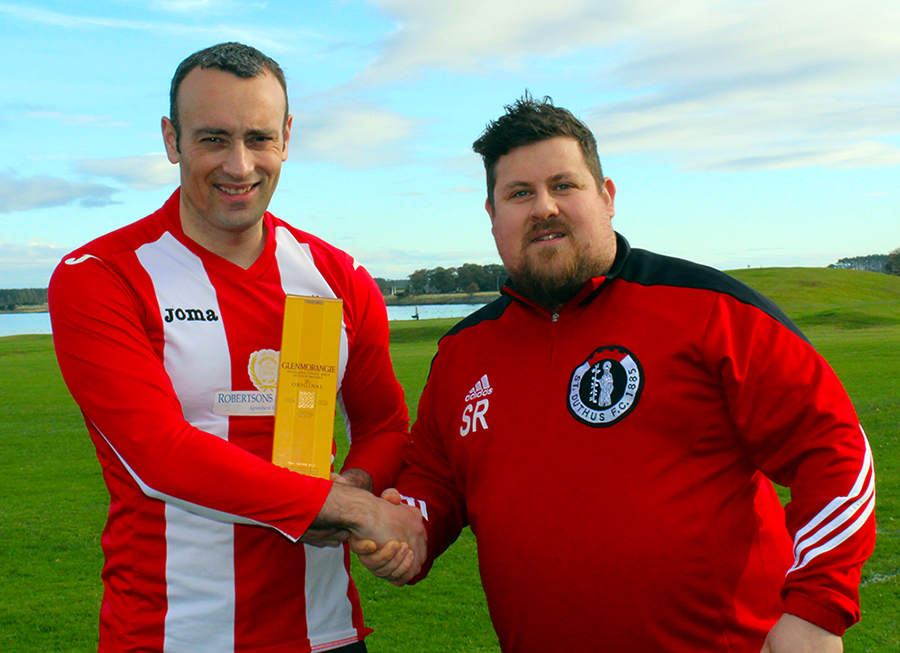